HATCH AND INSECT REPORT FOR TRYSIL

Accumulating data from your diary gives an invaluable overview of what’s happening in your waters. Here’s the top-down view of my streamside diary:
The hatch and insect report for the Trysil River 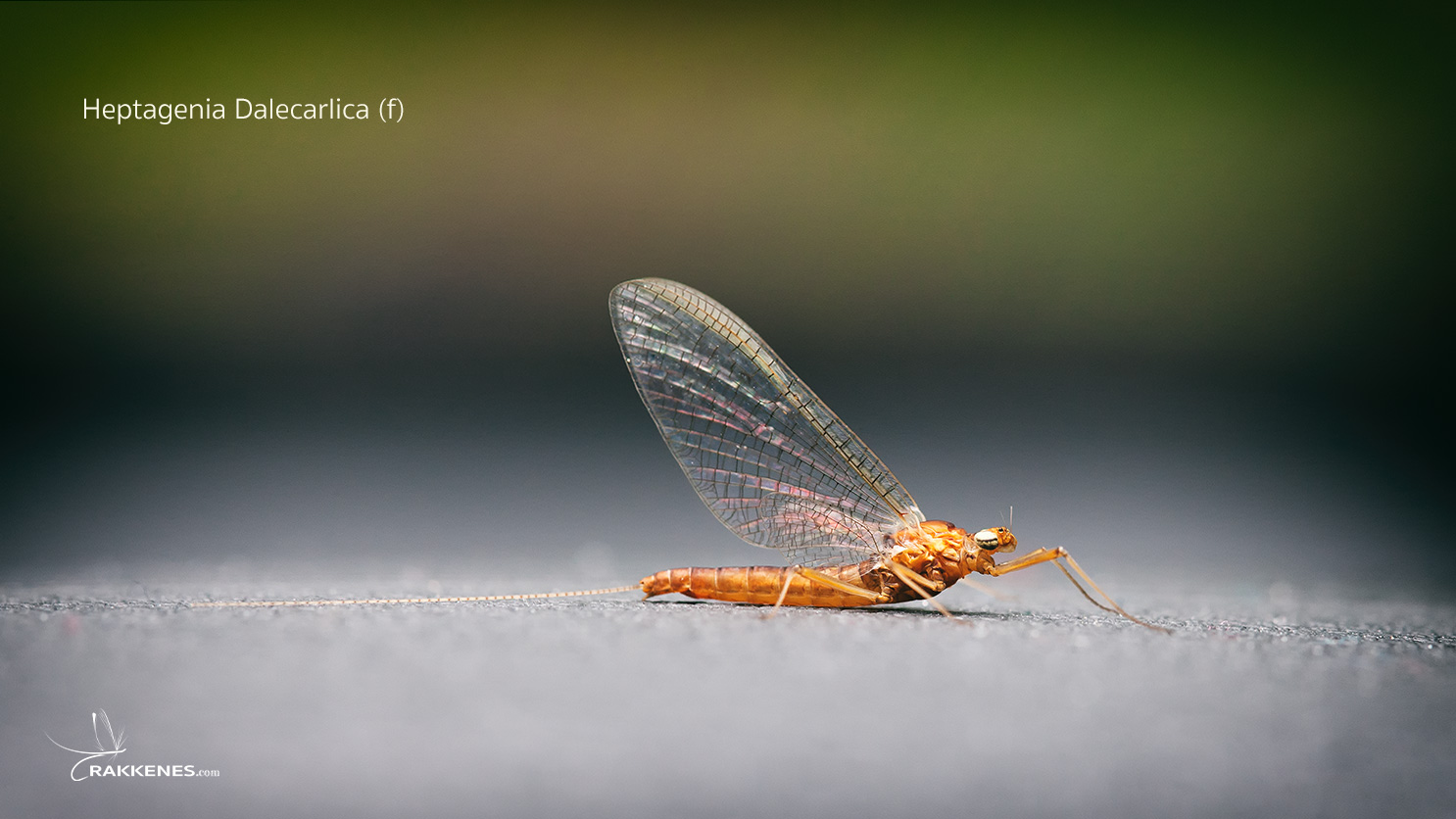 A season in the Trysil River is unmatched to any other fly fishing experience I know of. The river is a diverse organism starting at the borders of Engerdal county in the north, frothing thorugh the valley south to Innbygda, then passing smoothly to Nybergsund. Finally, she glides across the border into Sweden. On the other side, Trysilelva changes name to Klärelven.

I have been fishing and fly fishing in Trysil for years. I have always kept a diary on the fishing and insect activity. Now I am releasing some of my notes on the insect activity, primarily recorded from Innbygda and north in the valley.

2016 was another year with high humidity, rain and long periods with strong wind. We had an extremely early start to the hatching, giving some fantastic days in May and June where several of the important species hatched a week or two earlier than they should. Particularly that was the case for some of the Heptagenias and Baetis species.

The Ephemerella Aurivilli and the E.ignita hatch stalled, for all practical purposes. There were some hatching, but not enough to give a stable hatch luring the large trout to the surface. Strangely that was also the case for the Baetis Rhodani, that usually hatch in numbers. They were more scarce than usual.

The Danica hatch was great though. You can read more about it here.

All in all, it|s now evident that  years of small changes in the rythm of nature now scale up to pretty substantial shifts in hatch cycles. Is this evidence of the effect of climate change?

The hatch and insect report for Trysil

Below you’ll see a summary of my notes for the season. The basis for this report is 56 days out in the area. This is enough to give a good practical indication of the conditions, but it is not a scientific study. The “Hatch and Insect report for Trysil” is an aggregate from my streamside diary – template found here.

Unfortunately, the text in the report is small but below there’s a download link to the hatch and insect report for Trysil. 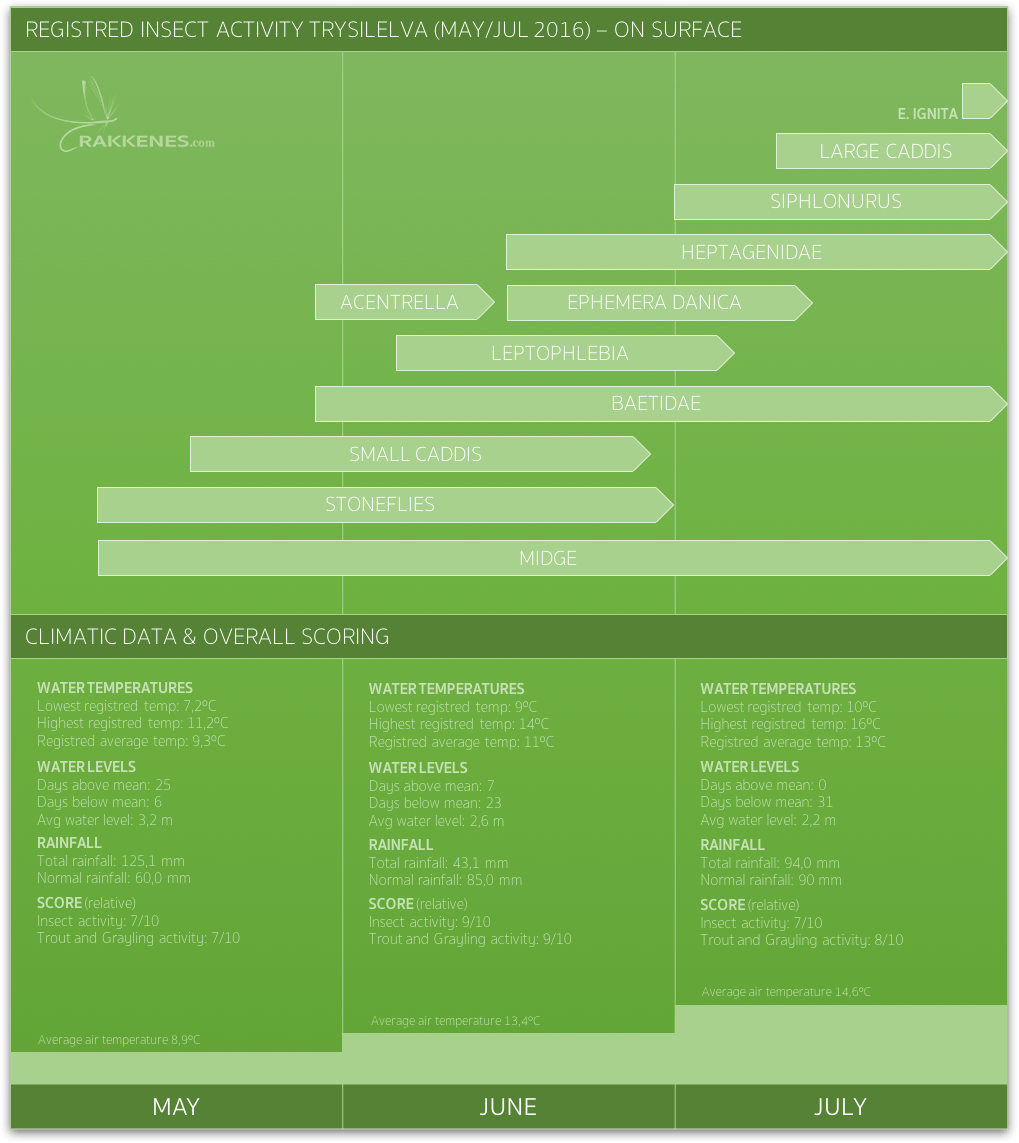 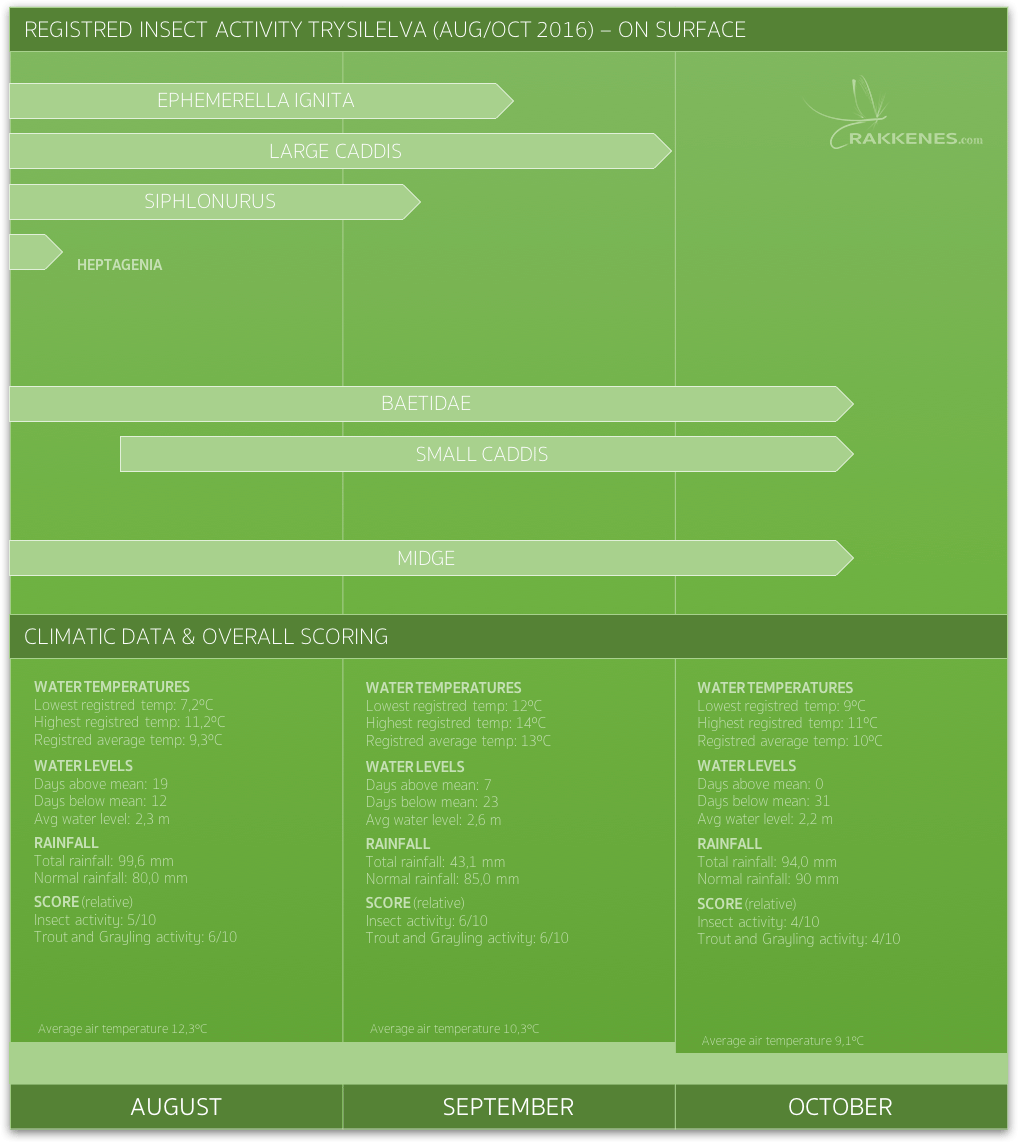 Use the insect report as a guide for planning your trips to Trysil. Below there are links to actual photos of some of the natural that catches fish. I do have a database of photos, and will publish more in the weeks to come. If you re-post it, please link to this page.

Fly fishing in Trysil is primarily an experience for the fly fisher searching for a great time out in one of the most beautiful places on earth. Trysil can offer varied fishing, both for us with a fly rod – but also for those anglers using different gear.

You will catch fish, both grayling, whitefish and trout. You may catch your trophy or set a new personal best. But, the Trysil River is not where you go if you’re after a personal best. The river is ideal for the experienced fly fisher who knows where to look for trout, but is searching for more than just fish: Beautiful nature, nice people, great wildlife and good hatches of both mayflies and caddis. And of course, a great fly fishing experience. 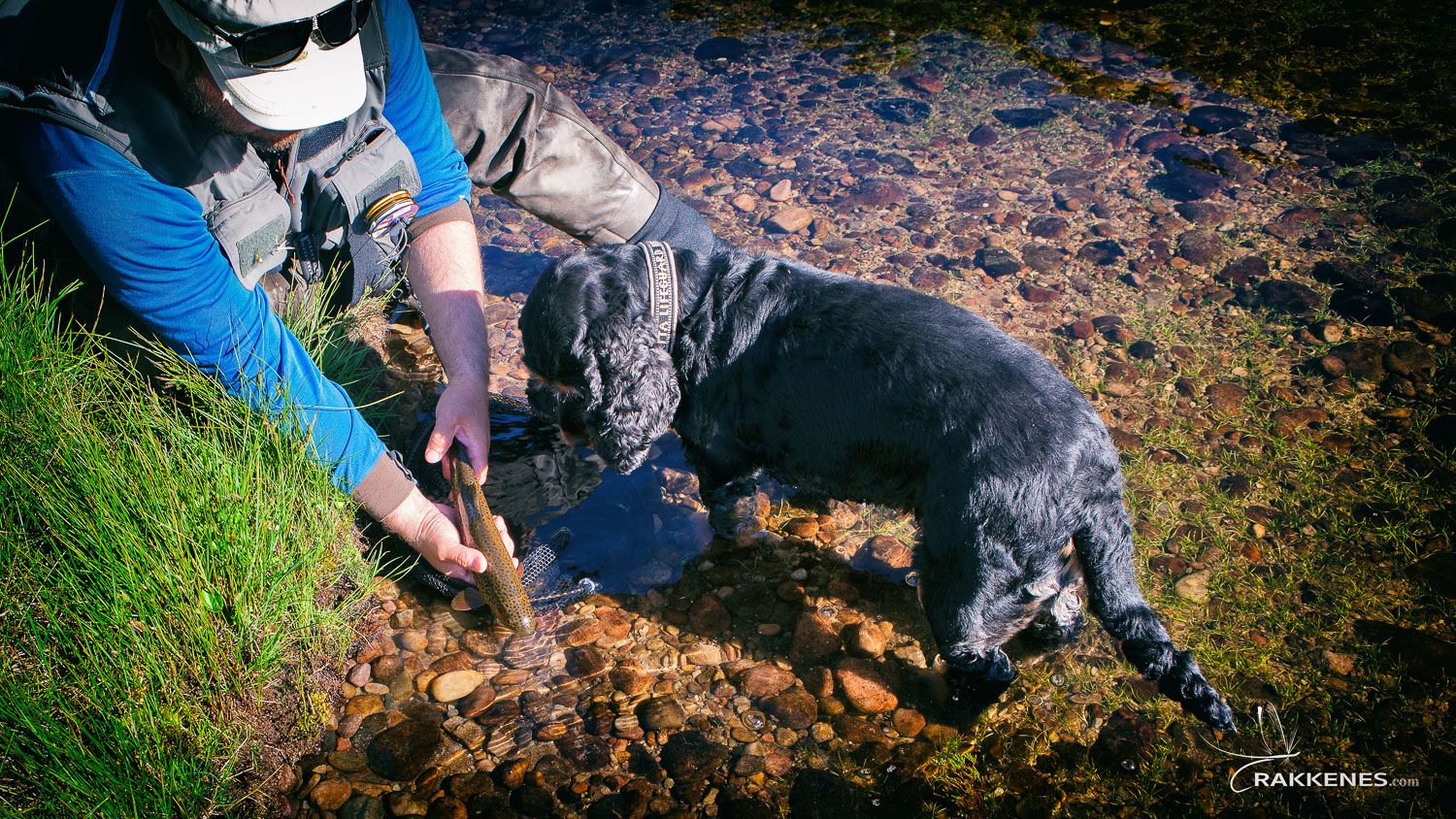 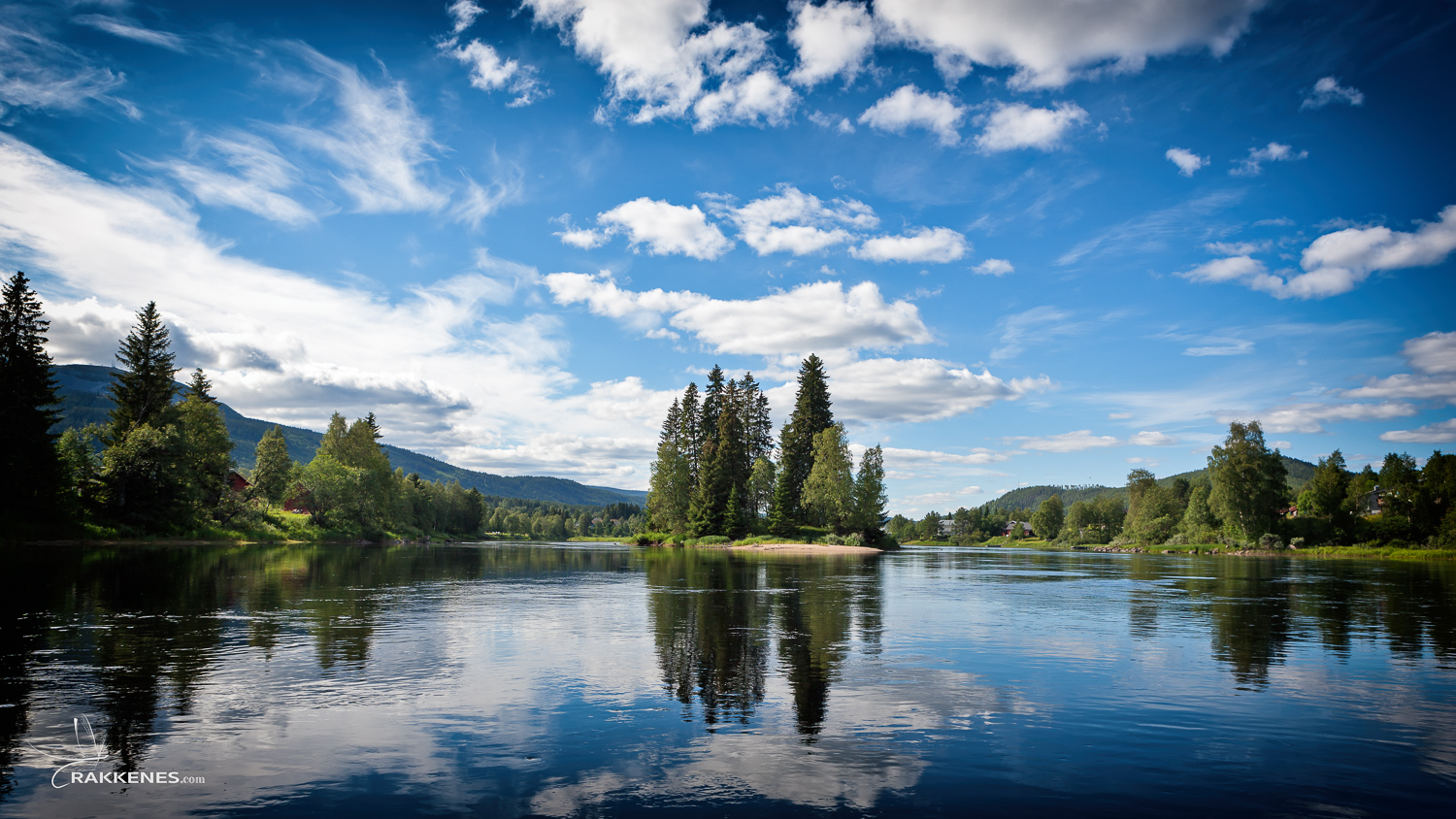 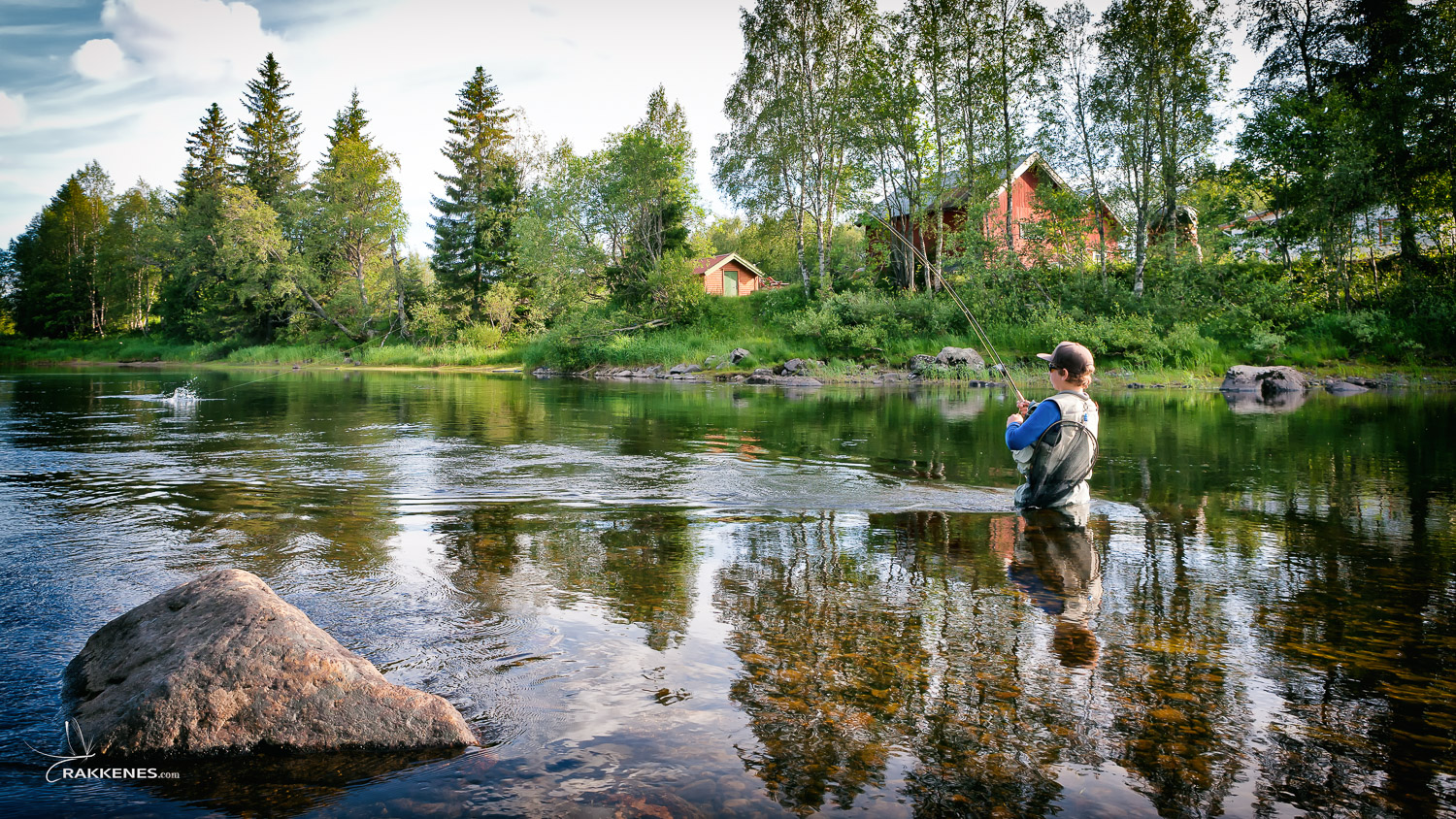 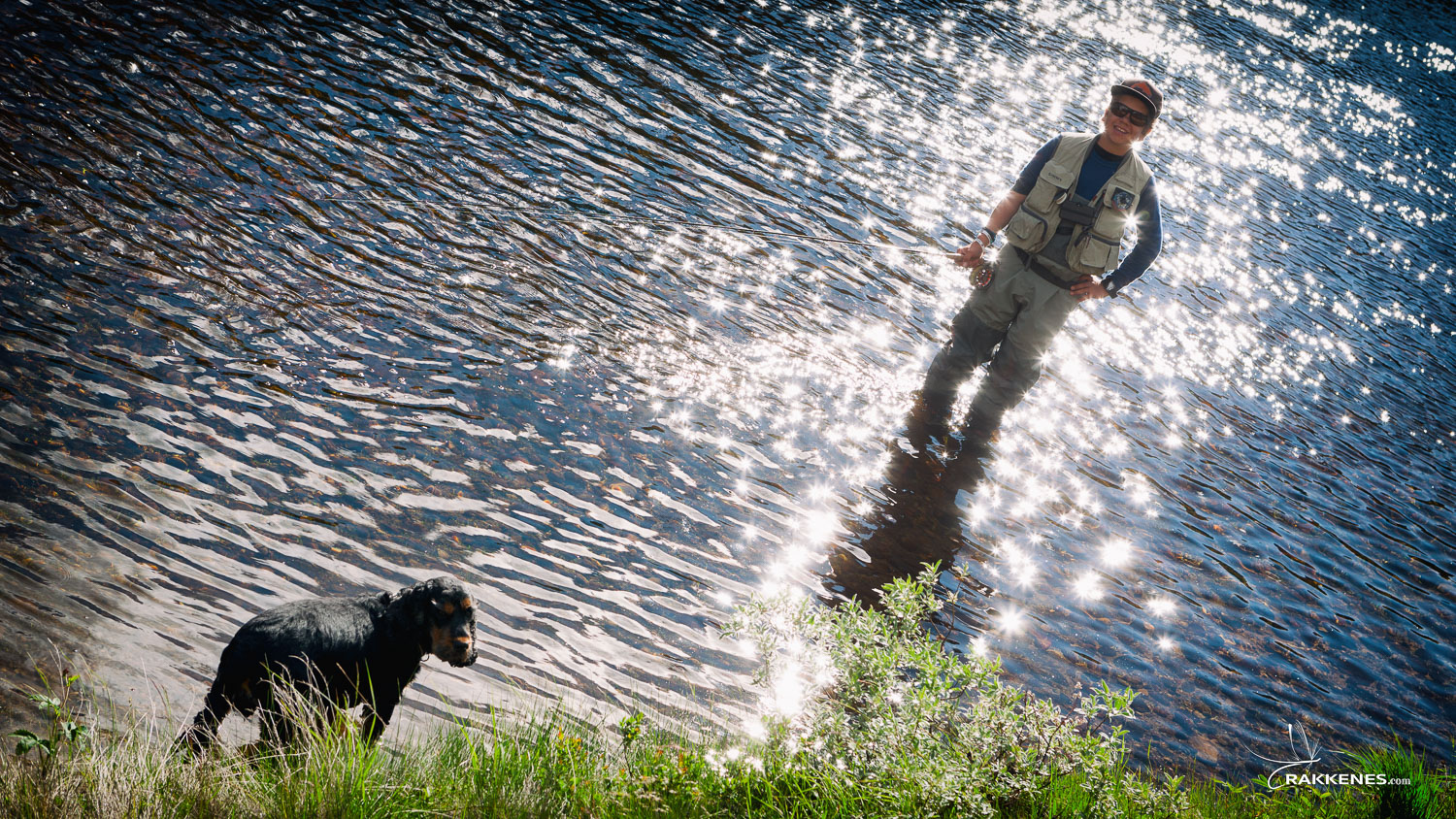 THE NATURALS – INSECTS IN THE TRYSIL RIVER HABITAT

Articles and photos of the naturals in Trysil River. See also the Gallery section for more photography of the aquatic life at the Trysil River.