The Danica Emerger is pale olive, and is best used as an imitation in the first week of the hatch cycle. Do not get tempted to tie a voluminous variant. Keep the fly slender, and vary the imitation to the waters you’re fishing

The Ephemera Danica is the largest mayfly in Norway. Measuring up to 2,5 centimeters (one inch) the hatch of this beautiful mayfly is the most important during the season. When these guys appear, the big and picky trout looks to the surface for food.

The E.Danica thrives in sandy and rocky riverbeds. They live as nymphs for two (some three) years, buried in the sand. Only shortly before hatching they crawl out of the sand, making themselves available for trout, grayling and other fish.

It’s absolutely possible to fish the Danica as a nymph, but my experience is that it’s not worth the while. The Danica nymph is most effective a short period and early in the hatch cycle. As soon as they start emerging in numbers, fish look to the surface and start feeding on emergers and duns.

In my “home” river, the hatching usually starts 20. June – give or take a few days. The peak of the hatch cycle is usually after 10 days, but it is possible to fish a Danica hatch for at least three weeks after the first mayflies start emerging.

The first week of Danica fishing is the time when you use an emerger imitation. The efficiency of a well tied emerger is enormous. Actually, I believe that an emerger will outfish both a nymph and a dun  in the first period after they have entered the last phase of their lives (as an emerger, dun ands spinner).

This year the Danica started emerging late in week 24. In the diagram I have indicated the period when the emerger outfished any other Danica imitations. Although I haven’t recorded the data as thoroughly as this year,  experience tells me that this year is quite like every other year of flyfishing the Danica.

In the digram below you see some of the notes I have taken during this year’s Danica hatch. I will get back to different strategies for successfully fishing the Danica hatch, based on the data I have registered and notes from my flyfishing diaries. 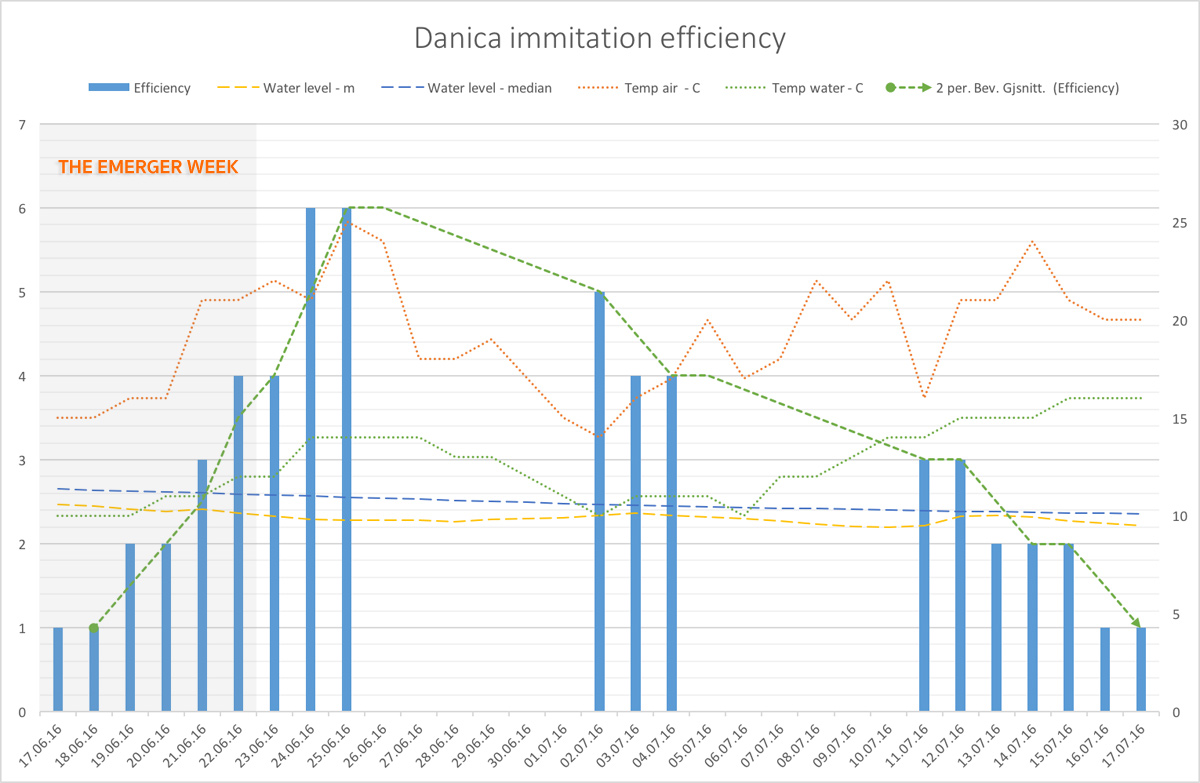 But this article is on the emerger.

The emerging Danica is probably one of the quickest mayflies to break the water film. After having positioned itself in the film, ready to hatch, the nymph only uses seconds before it has metamorphosed into a fully developed adult. The last stages only take 2-3 seconds (see photo series above). The complete emergence, probably between 15-20 seconds (slow water).

As can be seen from the diagram, the normal distribution of the Danica hatch is slightly skewed to the left. In real terms, this means that the emerger imitation is most efficient in the early stages of the cycle. It is my experience that, contrary to most other mayfly hatches, the Danica emerger is not the most effective imitation throughout the cycle. After a week or so, it’s more efficient to use a dun imitation.

How to imitate a Danica emerger

First of all, the Danica is not as voluminous as many imitations I’ve seen suggests. Tie the emerger with a slender abdomen, but a thorax that expands. Don’t get crazy – slender is the trigger. The color of the emerging Danica is pale olive (FlyRite No 41). Not creamy, nor white. The E.Danica is born pale olive and changes color to a creamy tint (FlyRite No 25) only after a few hours after it’s born. A cream Danica is perfect for the Dun, but not for the emerger. The color on top of the fly is darker than it is underneath. The Danica is, as most mayflies, considerably paler or lighter below.

The Danica is a big son-of-a-gun. The sheer size poses a challenge to fly fishers. My experience is however that it is no problem to tie the fly smaller than the original, thus avoiding all problems related to fishing big imitations on thin tippets. As a rule of thumb, tie the Danica 1,5 cm (0.75 inch). Not the full 2,5 centimeters (1 inch). 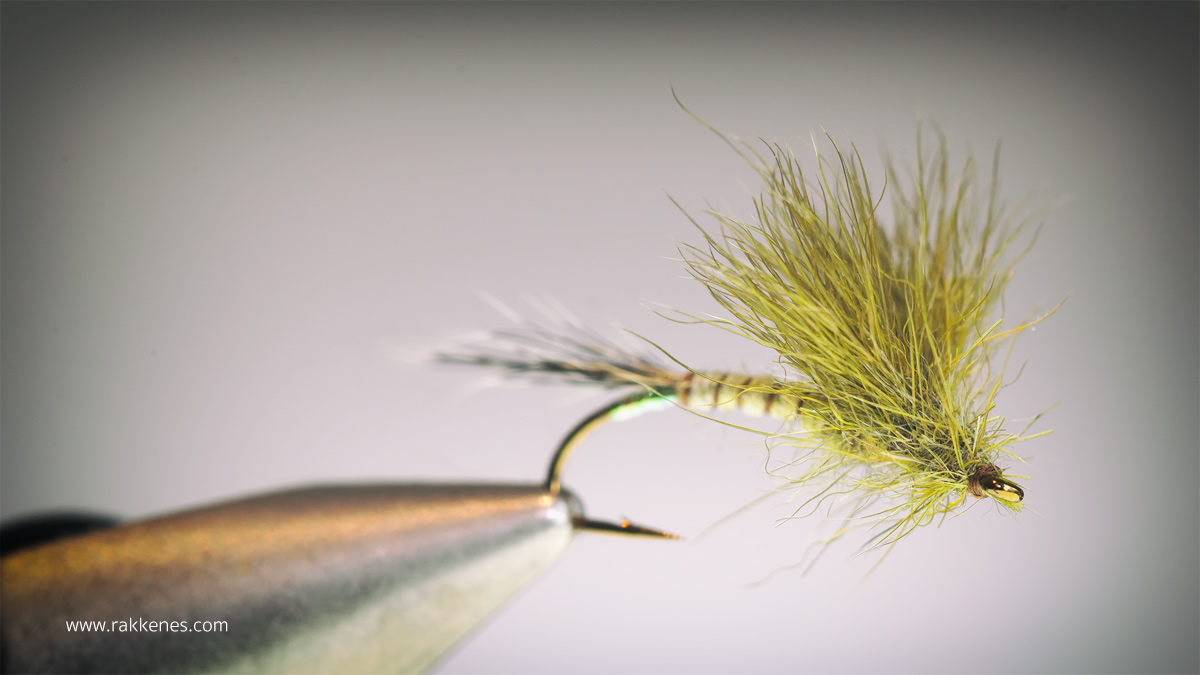 The Danica Emerger tied with rabbit foot wing and thorax 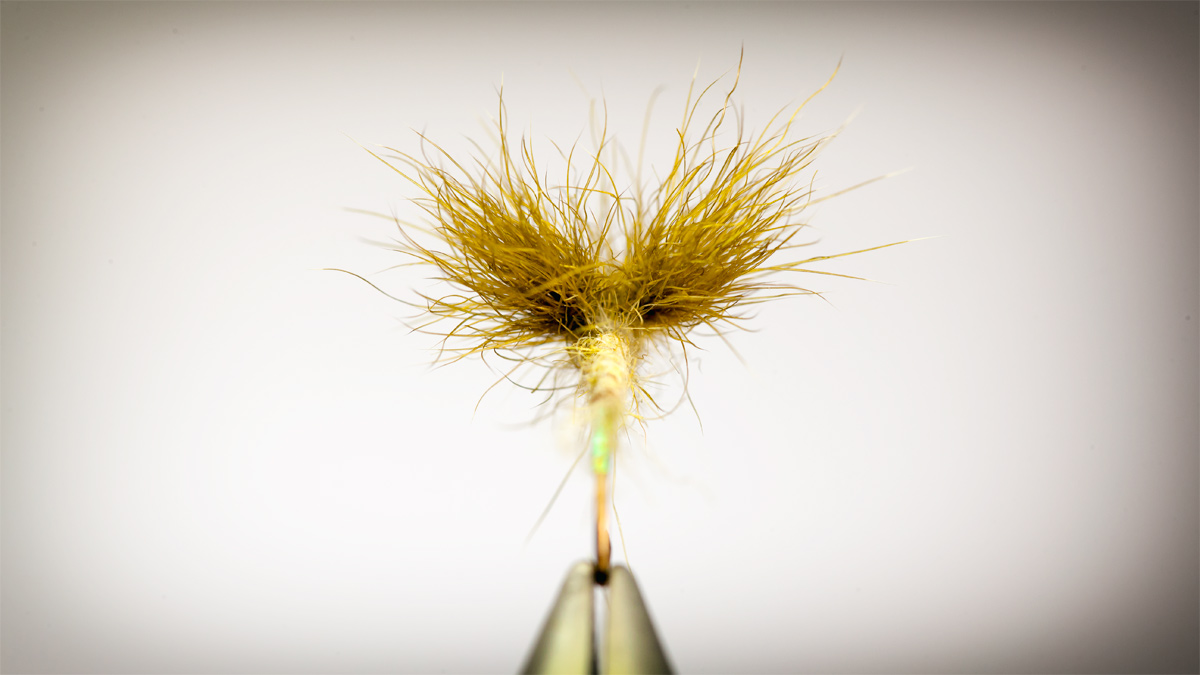 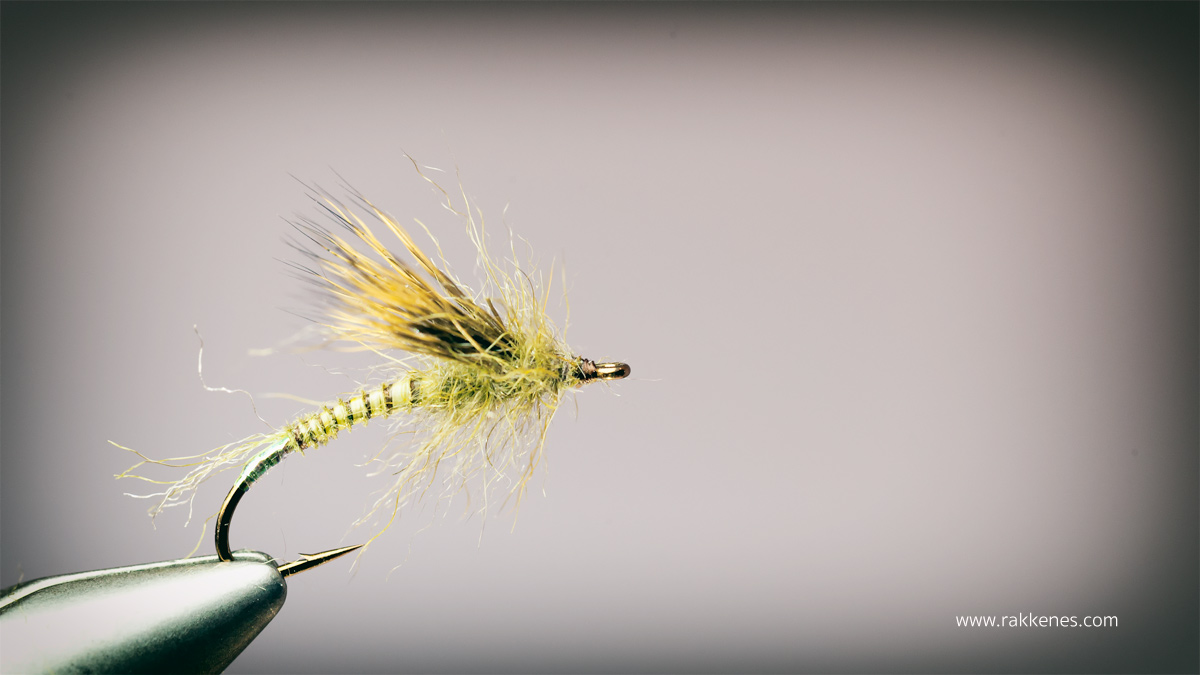 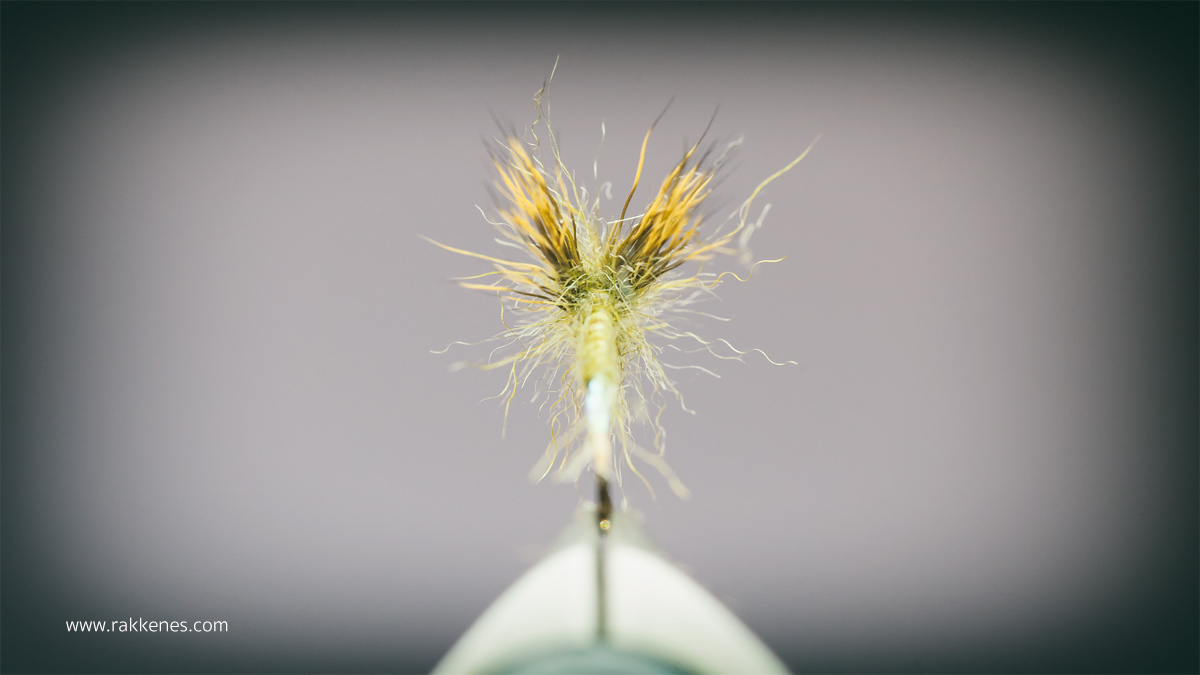 As always, I favor the profile of the fly above everything else. Tapering the body is key, but I think that both legs and spilt wings are extremely important when tying the Danica emerger. Furthermore, a clear trailing shuck is crucial (see photo series above on the emerging Danica).

I use both Coq de Leon and Z-lon/Antron as shuck. On the thorax I use a natural spiky dubbing. Usually I have used hares foot, touch dubbed and spun on a split thread. My friend Jon Strand (Arctic Flies) introduced me to arctic rabbit feet (snowshoe rabbit) last year. He produces them himself. I have used Jon’s snowshoe rabbit this season (see photos above) and think they are at least as good as the more famous snowshoe hare.

I prefer to use dyed deer- or elk hair in combination with rabbit or hare foot. The rabbit/hare’s fur is a better floating device than the deer/elk, but tend to build more volume. In faster waters the fish does not have time to inspect the fly, so too much volume doesn’t matter really. Go easy on the rabbit when tying for slow streams.

For the abdomen I primarily use FlyRite No 41 mixed with pale olive SLF or a Light Olive Turkey Biot.