I have put the No Hackle and the Paradun on the test bench. Which of the two gives the best representation of the mayfly body? The result is convincing. 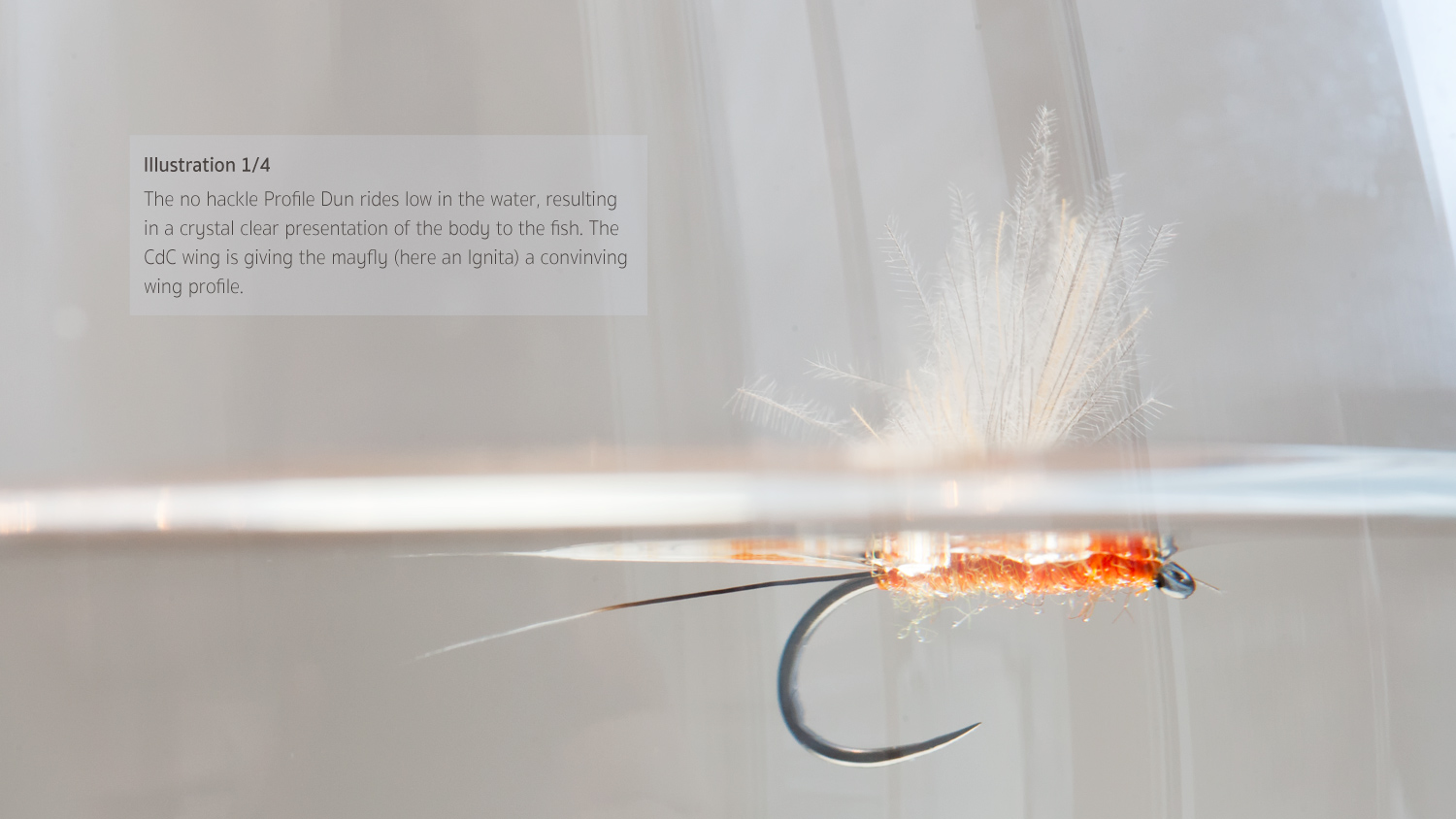 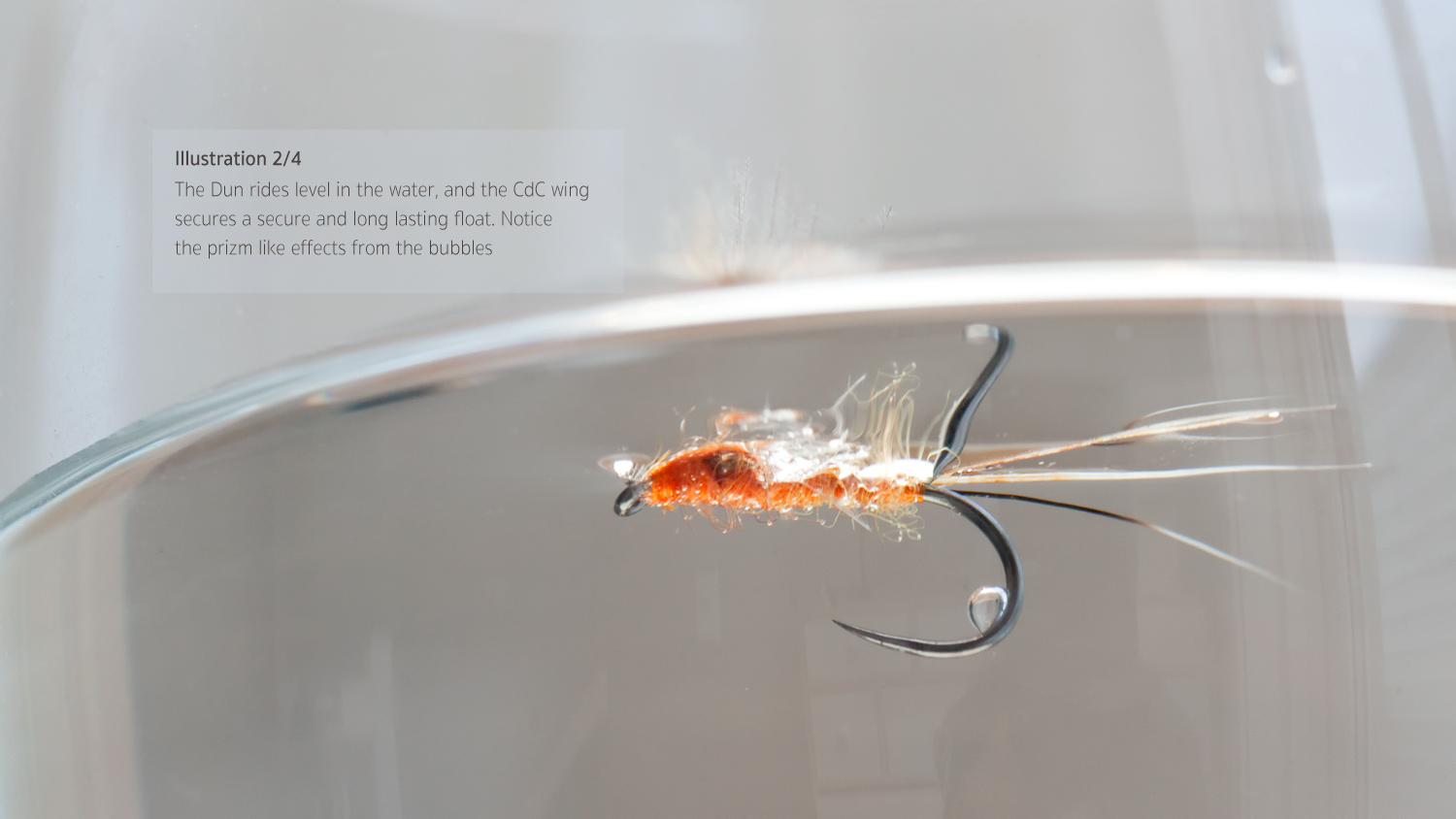 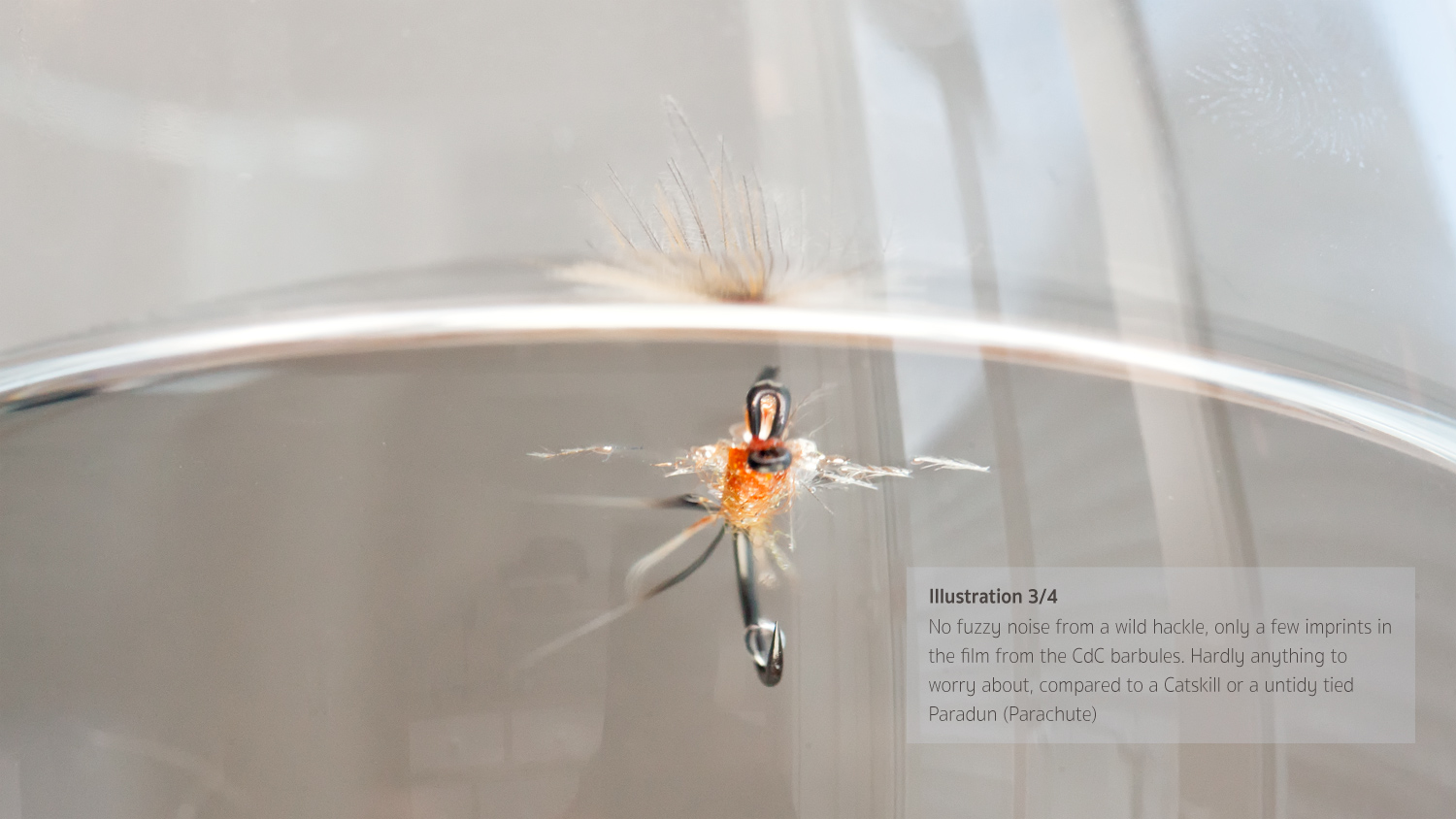 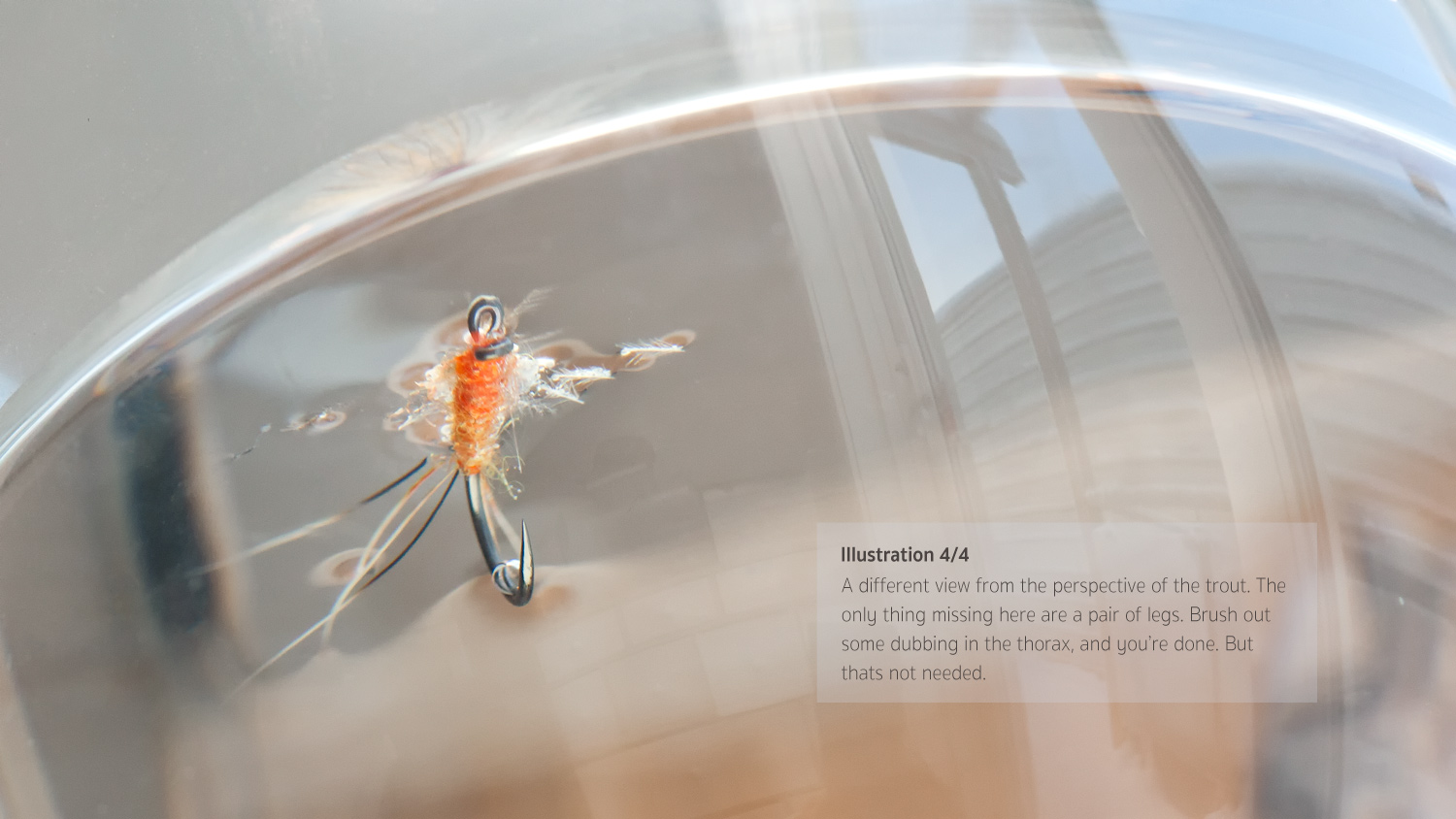 What’s the perfect mayfly dun profile? It depends on the water you’re fishing in, but on a calm river nothing beats the lucid print from a No Hackle.

There are basically three popular ways to tie a dun. The Catskill way, the No Hackle version and the Paradun. In my opinion, nothing beats a No Hackle on calm water. The reason is simple. Both the Catskill and the Paradun creates a fuzzy image on the water. The hackle on a Catskill simply masks the body and thorax of a well tied dry fly. The Catskill will of course catch fish, but when those trout get choosy and difficult to tease, a more well presented body is needed.

There has been advances in fly tying. The most popular pattern nowadays are the Paradun (Parachute) and the No Hackle. The latter pattern is normally fished by using the Comparadun.

Above is a series of pictures taken through a wine glass, showing the almost perfect footprint of my Evening Dun (Ephemerella Ignita). This dry fly is based on the No Hackle by Swisher/Richards. The Evening Dun uses a different technique for tying the wing. The wing is tied by using three CdC feathers, tied in parallel to the shank of the hook (instructions here). The fly has a high and robust wing that allows the fly to float low in the water, thus creating an appealing profile.

Below are examples of the Paradun and how the fly is viewed from the trout’s perspective. It is obvious that the image is fuzzier than for the Evening Dun (No Hackle) above. You can see the hackle barbs clearing in the film. This fly is gently tied with a sparse and level parachute. Imagine what this look like when you go crazy on the hackle. 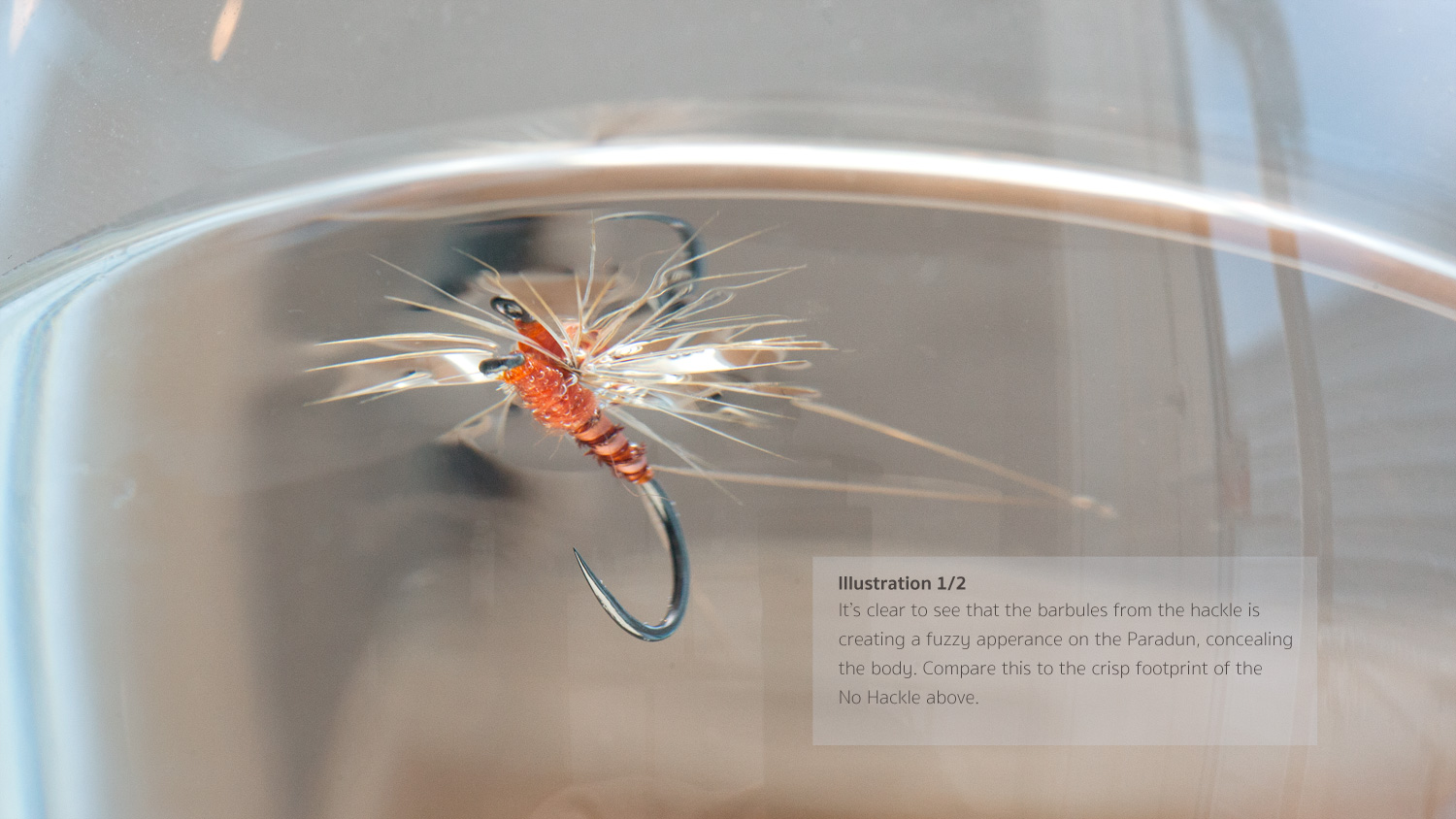 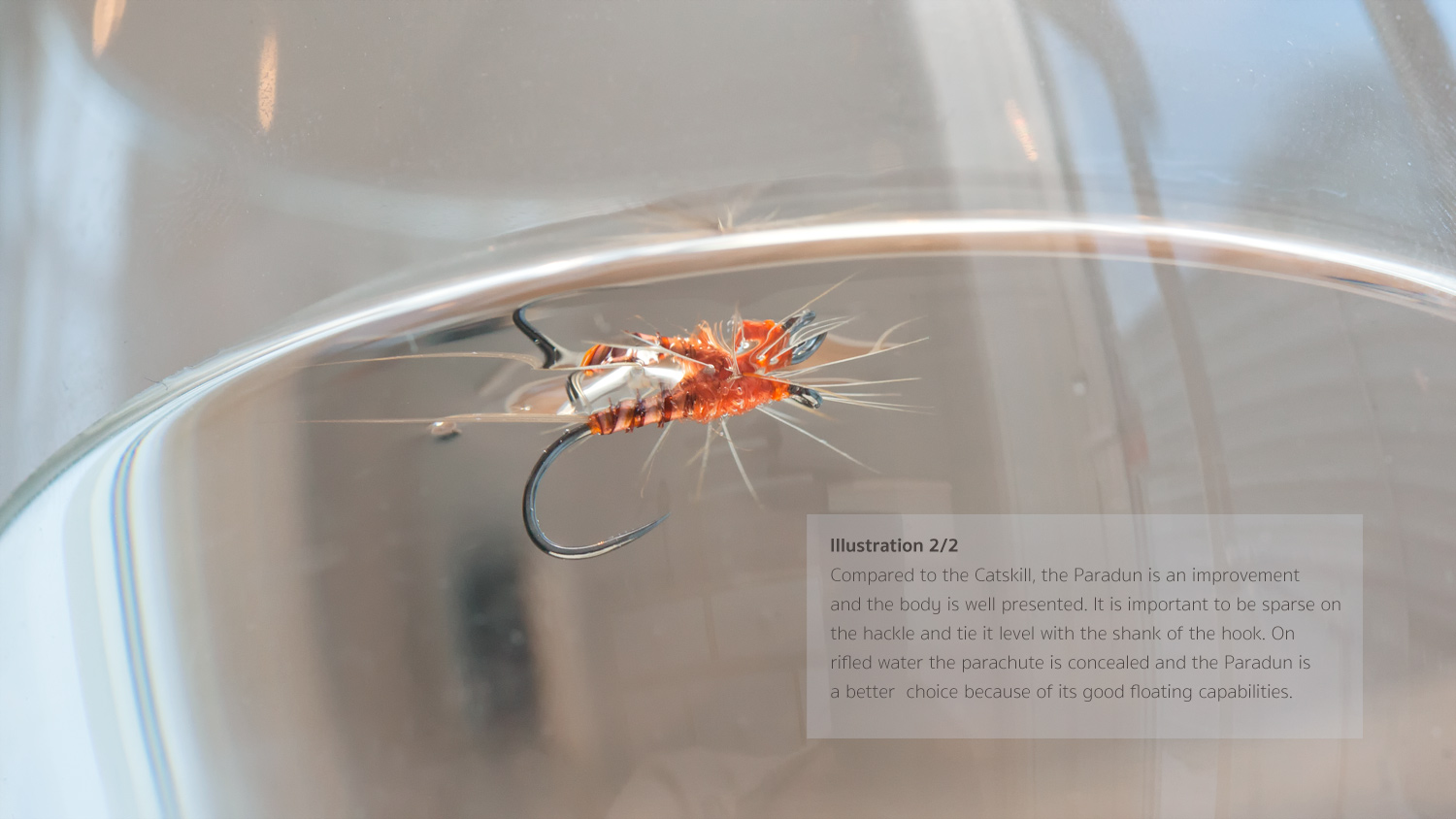 But there are times when the No Hackle is useless, and that’s when the water is wavy or rifled. The No Hackle dry will simply not float to long if the river gets to wild. At those times, you’ll need a more robust fly design.

The rifles will conceal the hackle barbs when the water is wavy or rifled. At these situations the hackle is simply the life vest the dry fly needs to keep floating.

In my opinion it’s obvious that Doug Swisher and Carl Richards’ No Hackle idea is the best solution for picky fish. The body profile the pattern yields is simply second to none. With improved tying material, the floating capabilities of the flies has improved enormously since the first No Hackles. I do most of my fishing with either the Comparadun, The Evening Dun or the classic No Hackle Swisher-way.

THE NO HACKLE FLY BOX 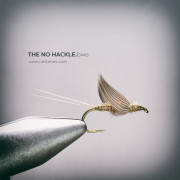 The mother of all No Hackles. Still an effective fly, although new tying materials have created better alternatives 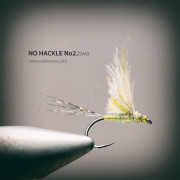 A step further for the No Hackle and the Comparadun 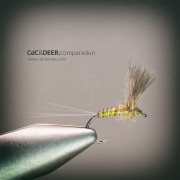 An effective biot variation of the Comparadun, where deer hair is combined with CdC 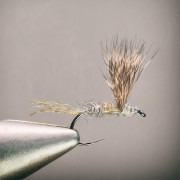 A fabulous fly and probably the best general may fly pattern that is. It’s catching fish during the entire hatch cycle. 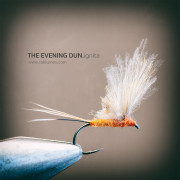 A well supported wing and a low riding profile. This fly use the same techniques as the No Hackle v2 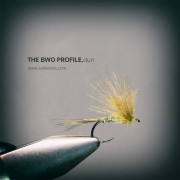 A buggy guy with a fuzzy wing, but I do find it useful – especially on clear days and on calm waters