THE NO HACKLE EVENING DUN

The Evening Dun is a No Hackle version of the Epemerella Ignita, one of the most important flies in the Norwegian summer hatch.

It is really an Ignita imitation, but this fly is called the evening Dun because it can successfully be used on those afternoons when the sun is low and the light is red. In these situations, this bright orange fly reflects the light in a way that it seems the Evening Dun imitates several species. The idea is from Rune Stokkebekk, a Norwegian fly tier, but I have adapted it to the CdC No Hackle realm

As for the No Hackle II, the wing is the trick.  It actually looks something like a Comparadun, but it is tied very differently. Take three similar CdC fibers and stack them on top of each other. Find the sweet spot where the barbules get longer. Stroke the barbules back at that point. Cut the stem where the barbules split (those you have stroked back, and those that’s left pointing up).  After having cut the stem, stroke all barbules forward.

At this pint, you should have a CdC feather where the barbules reach longer than the stem.

The wing is tied in a couple of millimeters into the stem. Two loose turns with the bobbin. Pull back until you’re past the stem. Then tighten, and proceed.

When you’ve tied the wing, you cut it vertically to the shank of the hook to form the profile of a mayfly wing. 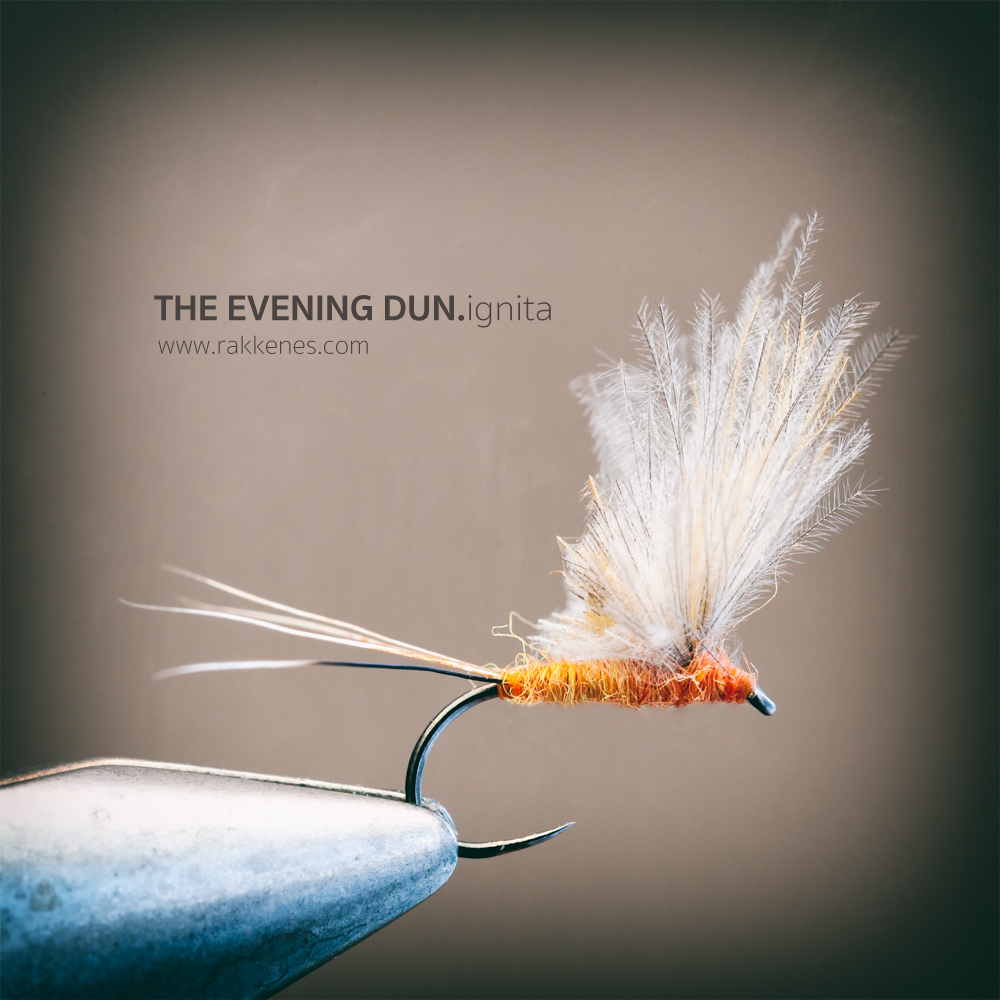 The Evening Dun is an Ephemerella Ignita, but works as a general pattern on afternoon when the sun sets (light is red) 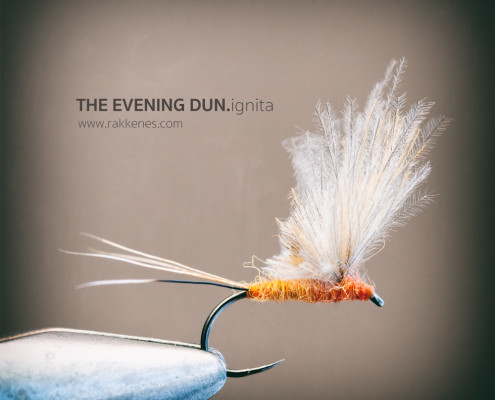 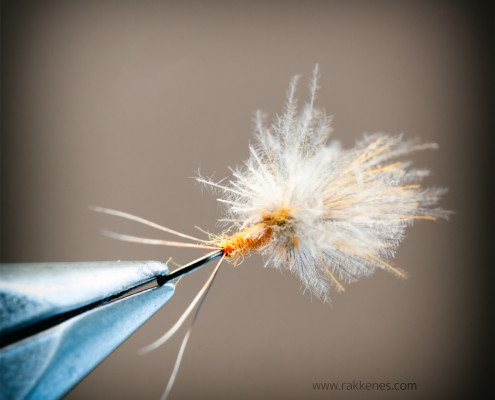 HOW TO TIE AN UPRIGHT CdC WING

The You Tube fly tier, SMAHEN, has a brilliant video that shows how the upright CdC wing is tied.