The Rena Caddis (Renaflua) is an adaptation and uses techniques from several common patterns. Popularly it is credited to the controversial Norwegian fly tier and fly fisher Staffan Lindstrøm. The fly fishes well as a caddis and a general searching pattern.

Staffan Lindstrøm is a true Trout Bum and is together with Gunnar Bingen (The Animal) the most notable creative forces coming out of the river banks in Rena. Both are known for creating extremely efficient flies. Staffan calls his creations “fishing flies”. I guess it’s just another way of telling that efficiency goes beyond fancy window-dressing and eye candy fly tying.

This design is however both beautiful to watch and fun to fish, and it’s easy to tie. The fly itself is inspired by Kenneth Boström and his fly Rackelhanen, but it’s a devaluation of the Rena Caddis just to say it’s a re-developed Rackhelhanen.

The differentiating part with this fly is the way the fly use a hackle, and how (warm) glue is used at the base of the wing to force it down and connect it with the hook. Today it makes more sense to use Bug Bond to fix the wing instead of glue.

Using poly (polyamid) as the wing and dubbing material, the fly is virtually impossible to sink.

It can be tied in several different colors. I prefer this grey/dun version (as the colors get darker when wet) but I guess the original is tied in brown/reddish brown.

After you have tied the hackle, fold the wing backwards parallel with the shank of the hook. Use bug bond (or warm glue) at the base of the wing to fix it to the hook shaft.

It’s important to use poly yarn and poly dubbing for the fly. Besides the lovely profile on the fly, the poly yarn material/dubbing protects the fly from drowning.

Apply floatant. Can be fished both dry drift and as a ordinary streaking caddis. 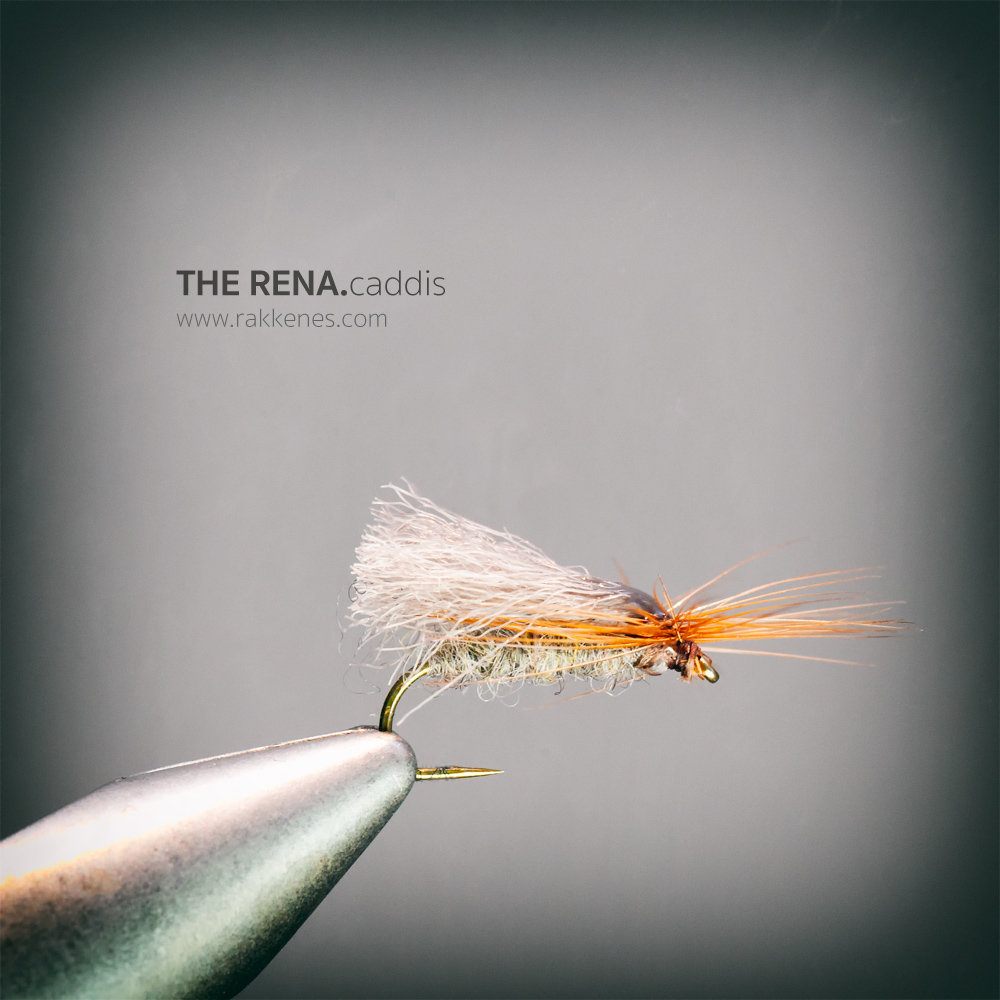 A favorite pattern designed for one of my favourite reivers (Rena) 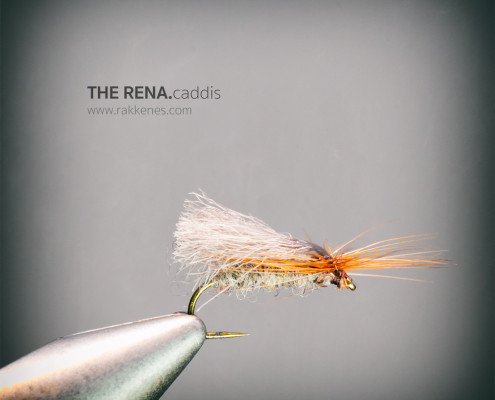