This effective fly is tied with a split badger tail, and represent a semi drowned spent spinner. The way the tails are tied, balances out the fly, and gives it good floatability. The Drowning Quill Spinner is in a family of similar curved spinner designs found in the spinner section on this site.

This pattern is a variation of the totally drowned turkey biot spinner, found here. The hook is less radical, since it’s tied on a Hends BL 500 and not the agressive TMC 212y.

Not all spinners float on the water film. Quite often you’ll find several of the dead may flies as half or fully drowned creatures floating down the river.

This fly is good to use througout the spinner fall. The body i and wing profile is well presented, and I use the fly at under the same conditions as I use the usual spent spinner – tied on a straight hook shank, such as the High Viz Biot Spinner.

This pattern was created after a night just observing how the spinners actually look on the water. Especially late in the hatch, or the morning after, you’ll find that those spent spinners are less spent than they used to be. They look like road accidents and are very often half or fully drowned. This one imitate the partially drowned spinner.

It is tied with body quill, bug bond and a split badger tail that’s tied on the thorax. The booty of the fly is fully dipped in the water. If you use badger, you might consider also this tail profile on the TMC212y with the more radical body profile.

Apply floatant to thorax and wing, and let it float freely without any movement – dead drift. Use a long well tapered leader. 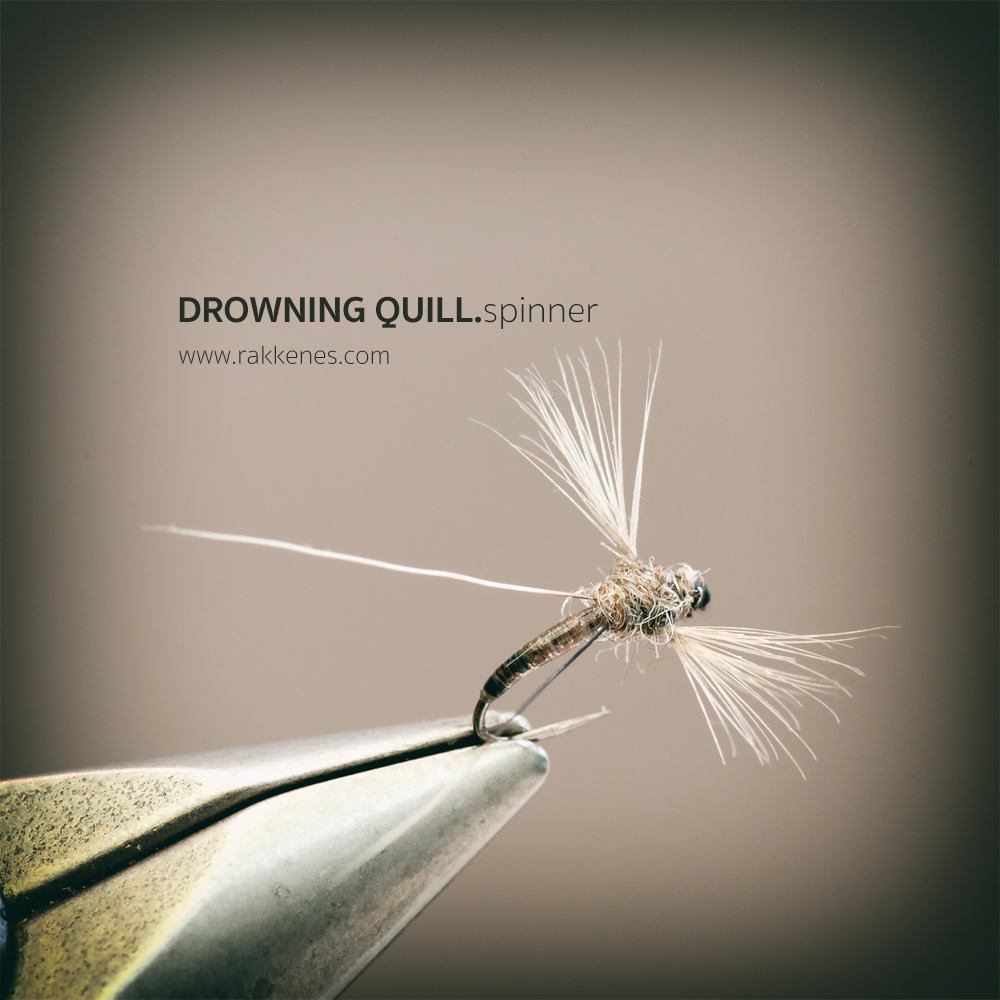 A drowning spent spinner tied on a moderately curved hook 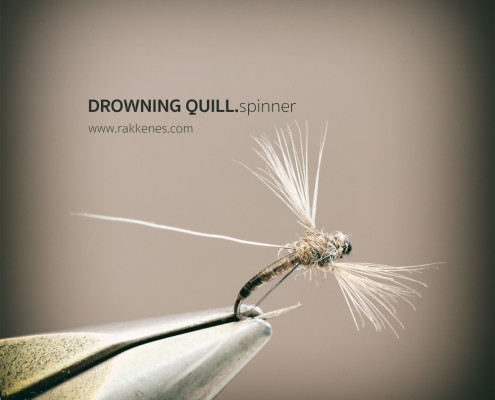 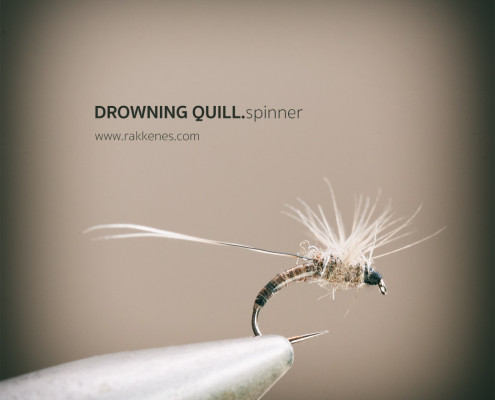