Tups Indispensable is a classic dryfly that still works on most rivers, especially late in the season when the small BWOs are hatching. I find the Tups Indispensable particularly efficient when the Ephemerellas (Ignitas and Mucronatas) are on the river.

It’s not tied to fish on any particular hatches, but it’s one of my go to flies in fall and on slow waters. It fishes well when those small pale watery mayflies are hatching late in the season. You might tie it as a parachute, but this is the classic way to tie it – i.e. in the Catskill tradition.

The fly is credited to R.S. Skue , a tobacconist of Tiverton in Devon, South West England

The ‘Indispensable’ part of the fly’s name comes from the fact that it should not be left out of your fly-box, as it is such a good fish taker. The ‘Tup’s’ part refers to a Ram, a male sheep that is used for breeding. In Britain in those days, farmers used a sponge or rag soaked in dye tied to the under side of the Ram. In the morning, they would inspect their flock to see which females had dye stained on their backs from being ‘tupped’ by the Ram. The original material for this fly was urine and dye stained wool taken from a ram’s testicles mixed with lemon coloured fur from a spaniel and a little yellow mohair, replaced later with crimson seal’s fur.

Mr. Austin and his daughter kept the dubbing materials secret; they had a monopoly on the supply of the correct dressing. Mr. Austin passed away in 1914 but it was not until 1934 that the secret ingredient, fur from a ram’s testicle was revealed. It was kept a secret until after his daughter, who continued the business, had retired. 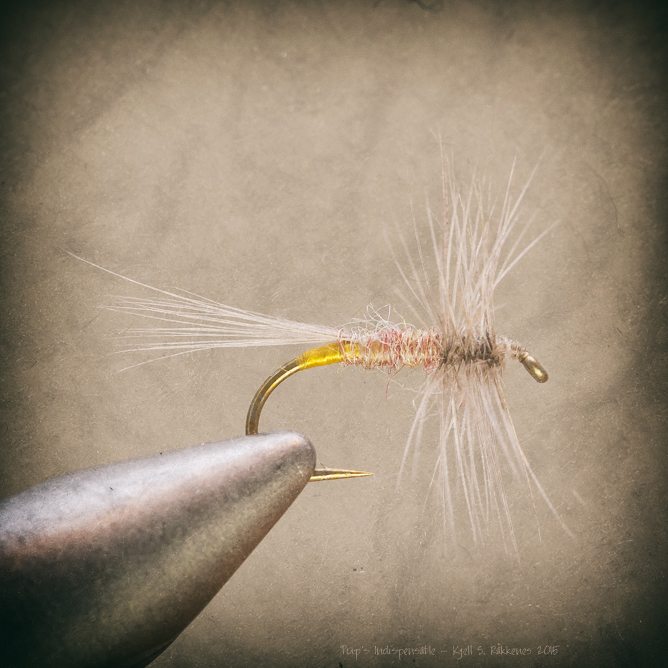 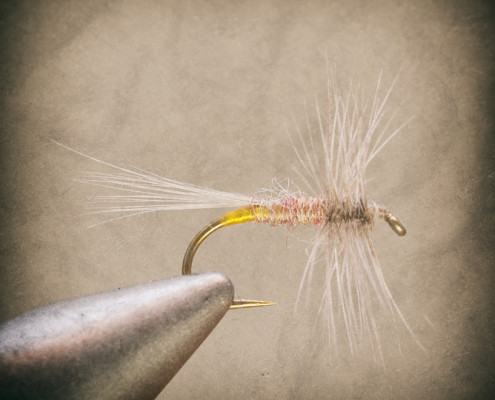 The CdC and Elk