The Royal Wulff is, just as its creator Lee Wulff, is one of the true legends in the world of fly tying. Wulff left the world in 1991, but left us the Wulff series of dries. They work as well today as they did when first fished in the 1930s.

This fly really defies all my “rules” for fly tying. Chunky and not really an imitation, all my slender mayfly imitations look like starved versions of an underdressed Wulff. But the Wulff works really well, and I use it as an attractor when nothing particular is happening on the water.

This version is tied for rough waters. The dense hackle keeps the fly floating through the worst riffles. According to Mike Walla, in his book “The Founding Flies” mr Wulff didn’t really like slender body flies. They looked ‘anemic’, according to Walla.

– If I were a trout, I’d be darned if I’d come up from the depths to the surface to get a skinny bug. For a hatch maybe, but for one bug? Wulff wrote.

And that’s the idea of the fly. When there’s no hatch, you’ll need an attractor fly to trigger the fish up from the depths. This fly usually does the trick.

I guess it is the red color and above all, the peacock herl, that’s triggers the fish. Also the bushy hackle (five turns to the back of the calf wing, and three in front) makes a hell of life in the water when it floats and drags downwards.

My version has some slight adaptations to the original pattern. I use a dyed brown cock hackle that’s slightly lighter than the original. Mainly because thats the hackle I have, and I will not invest in a particular saddle or neck just for the Royal Wulff. I also use Danville Rayon instead of slik, as I guess is used on the original. In the original fly the tails consist of deer or elk hair. In this example I use Golden Pheasant, but often tie it with deer hair as well.

Use the Royal Wulff between hatces and when there’s no activity on the water. It is the perfect searching fly!

Materials are listed in order of tying. Start with the wing. Don’t go crazy on the calf tail – use a sparse amount. Tie in ¾ up the shank of the hook. Tie in the tail fibers and make 4-5 turns of the peacock herl to form the back part of the abdomen. Tie in the Rayon to create the tag, and finish with 2-3 rounds of peacock herl. Tie in the hackle. Make 5 turns at the back of the wing, and three in front. Finish of.

Apply a good floatant, such as the Dry Dip Super. Use this fly on riffled waters to attract dormant fish. Dry drift fishing! 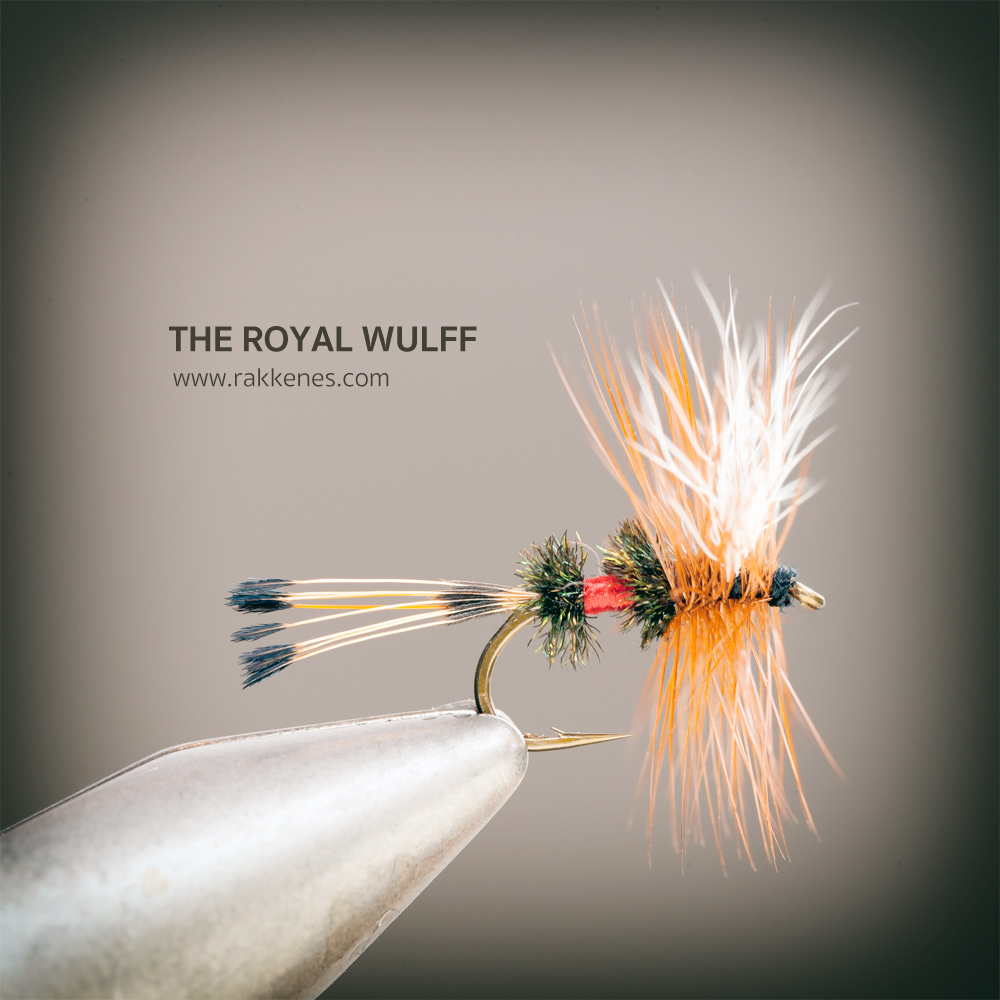 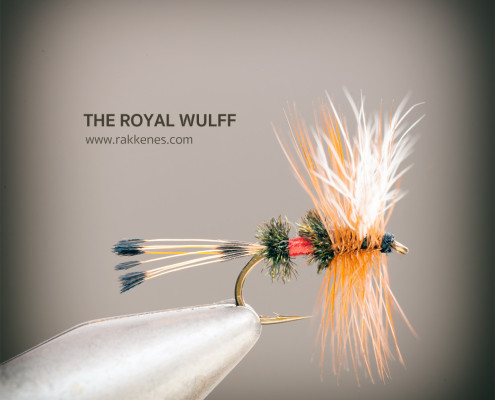