This is a dry variant of the Gosling. The Mayfly Gosling – Danica Variant is a good alternative pattern when the most beautiful of all mayflies are hatching. I tend to use this fly when there is a slight breeze and the Mayfly is hatching in numbers.

The Gosling is a traditional Irish wet fly pattern, primarily developed for the lochs. The fly is usually tied with 2-3 layers of Mallard hackle, but this variant is developed for rivers and dry fly fishing. Therefore, the hackle consists of two layers, the first layer which is CdC and the second layer which is English Olive Partridge.

A gosling is a goose before fledging. Thus the name of the fly. Usually it is fished as a wet emerger pattern, but this particular variation seems to be useful for several stages of the Mayfly (Danica) hatch cycle. It is particularly efficient during emergence and the dun phases of the hatch.

The tails of the fly must be tied long – approximately 1,5x-2x an ordinary hook shank. The tails can be interpreted both as a shuck and ordinary may fly tails.

I usually touch dub and spin the dubbing on the body of the fly. Ribbing is done both with a tinsel/flash and 2-3 strands from a pheasant’s tail.

The CdC hackle consists of a 2 feathers of CdC (ultra select) – one in Olive and one Pardo. Spin the feathers in a loop and hackle forwards. Be careful to stroke the strands backwards as you progress forward. Finally use Partridge or Mallard as the final hackle. Taper the head, and finish off with head cement or UV Glue.

Materials are listed in order of tying. Finish of with a well tapered head. Use head cement or some other form of glue to secure.

Apply floatant on the fly. When fished dry, make sure it is totally dry. It can be dragged under water, and popped up to the surface, imitating an emergent Danica/Mayfly.

Not necessarily dead drifted – can be moved and popped to create life. 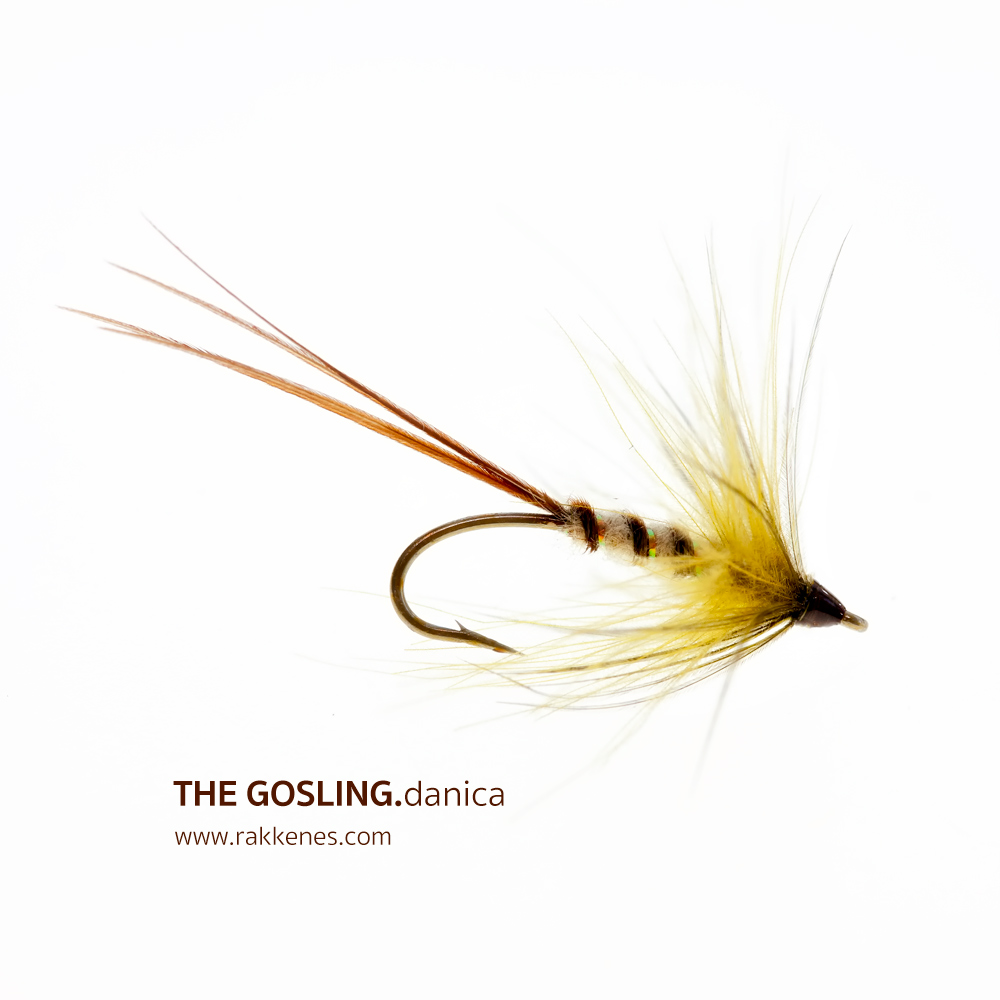 The Gosling is an effective pattern for the mayfly hatch 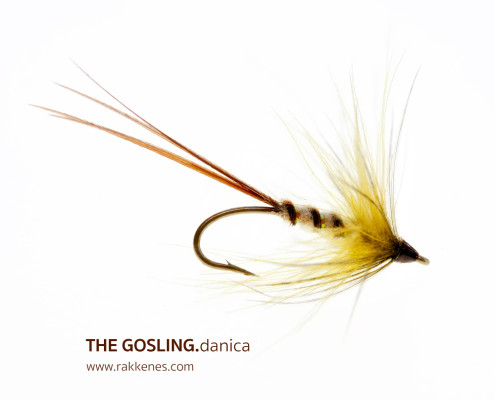