GIVE THE BROWNIE A TREAT – A BEETLE

Jon is a multi-talented fly tier. Being a pilot and a carpenter he is also one of Norway’s best fly tiers. The passion for fly tying was found in a shoebox 40 years ago.

The shoebox was given to him by a friend, Peter Watz. He obviously spotted a talent in the aspiring carpenter and pilot at Widerøe. Anyway, the box was filled with hooks and fly tying materials that were to become Jon’s starter kit as a professional fly tier. See picture in the bottom of the article for Jon’s first fly.

Even if sells his dries directly and through selected fly shops in Norway, it’s probably his salmon flies that have earned him the reputation as one of the best. But his salmon fishing is now a thing of the past. Jon is an active environmentalist working to preserve both the endangered wild Atlantic salmon in the rivers and oceans and wild wolves in the Norwegian forests.

In the past years Jon’s dries are on popular demand by trout fishers all over the world. He has tied thousands of flies for both celebrities and common fly fishers that trust his craftsmanship for their trophy trout.

In recent years Jon’s innovative Ephemera Danica and Ephemera Vulgata imitations has broadened his reach beyond the die hard core of fly fishers in Scandinavia. With these flies Jon Strand introduced new ways of thinking durable flies that floats like ships and catches like nothing else. See his spent Danica spinner here.

It’s not possible to do a piece on Jon Strand without mentioning his social consciousness. For his close fly fishing friends, he always opens the doors to his home offering good company, an evening of fly tying and of course some decent red wine. But in a broader context, Jon uses his compassion raising money for good causes. His project “Fly Tying for Charity” was established to help kids and others in need by auctioning flies and fly fishing equipment for the good cause.

But asking Jon Strand to pick out three favorite flies for spring- and summer fly fishing is asking for trouble. The pedant in him will hesitate and refuse any simple answers. But, sometimes an answer to a simple question might give an unexpected turn-out.

This time it did. Jon’s first recommendation took us by surprise. 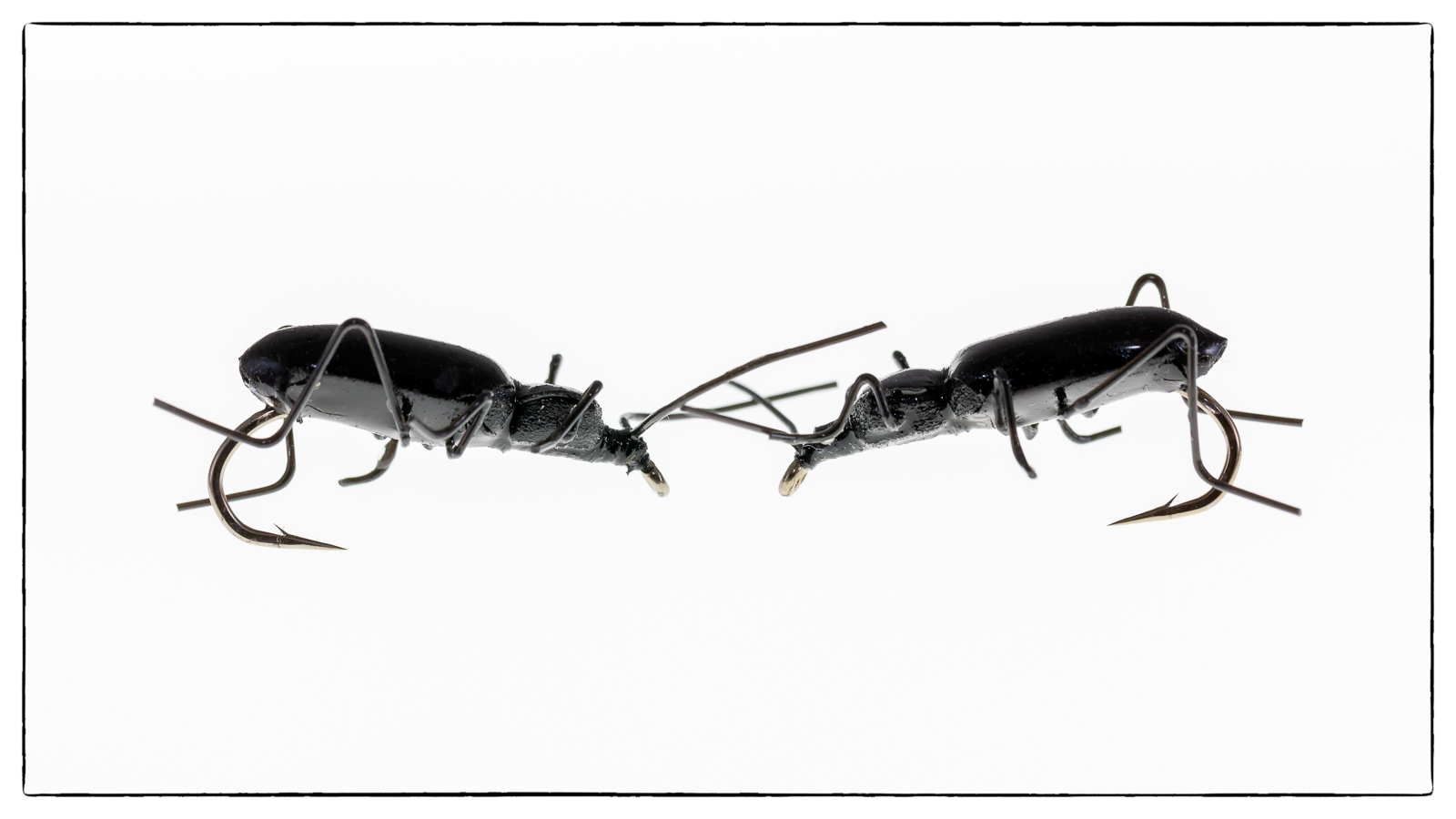 Which fly? Of course, you’ll have to let the conditions decide. It’s the hatch and the waters that guides the choice of fly. Talking to Jon Strand, he just has to take a few detours on hook quality, preparation of feathers and bug life before reaching an answer.

“They are fantastic insects. Trout love them but fly fishermen don’t fish with them. I love them, and use them to catch big trout”, he says laughing.

“I have used beetles a lot the past seasons. They work surprisingly well, especially on days with few rises and little insect activity on the water. I have netted quite a few hogs on windy days with a beetle on the tip. They do belong in any fly box if you wanna catch the big guys”, Jon says.

With one of our best fly tiers in front of me, it’s an irony that his first answer when being asked is a fly that doesn’t belong to him.

“The Spaniard Andrés Touceda creates some fantastic bugs. They are black as coal and tied in foam with legs made of tying silk. They work wonders in dead waters, and is my first choice when a beetle is due”, he says and adds that you should never go to thin on the tippet.

“The fish strikes hard on these buggers. I have lost a few ones because I were to defensive on the tippet”, Jon Strand explains. 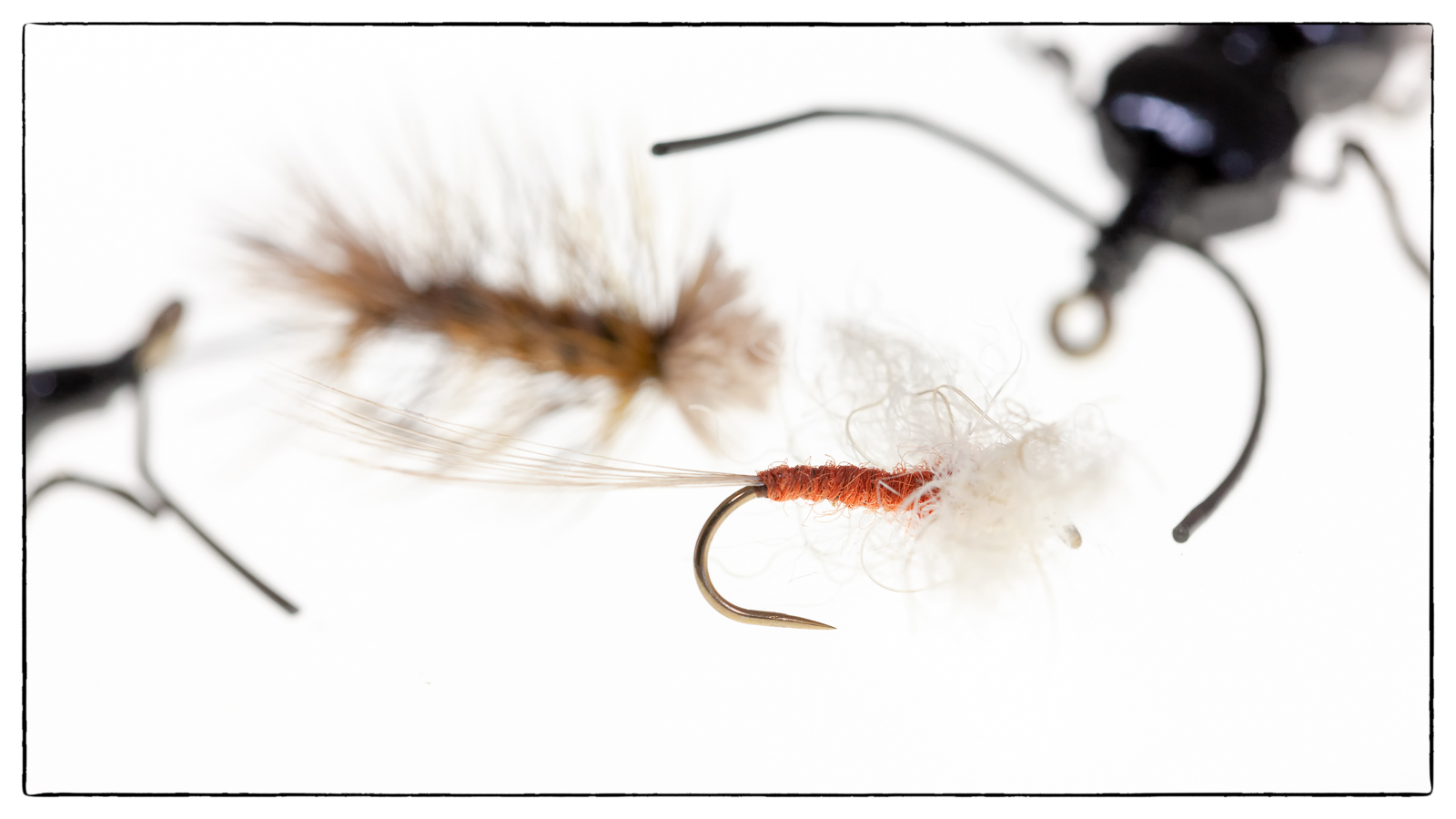 As the summer progresses, and the much wanted mayflies finally return to the river to deliver their cargo of eggs, the spent spinners are on the short list. Even without a spinner fall, every afternoon spinners float down the streams attracting fish to the surface.

“The spent spinners are extremely useful patterns in the afternoon and into the bright Scandinavian summer nights. Spent spinners size 14 is a fly I always bring to the river during summer fly fishing”, he says.

On my regular visits to Jon Strand in Oslo, I am always struck by the impressive collection of natural tying materials that fills virtually every room in the house. Jon is a maestro when it comes to preparing feathers and hairs for tying. In the recent years he has developed a product of his own: Arctic Rabbit and Arctic Hare feet. Both which are premium competitors to regular Snowshoe Hare sold by most fly tying material companies.

“As a rule of thumb all my spinners are rusty, but I tie them with a wing from arctic rabbit or hare. This is a fantastic alternative to hackled wings, poly yarn or organza. The fluffy wings ensures good floating capabilities and makes the fly visible even in low light”, says Jon.

THE ANIMAL BELONGS IN THE BOX 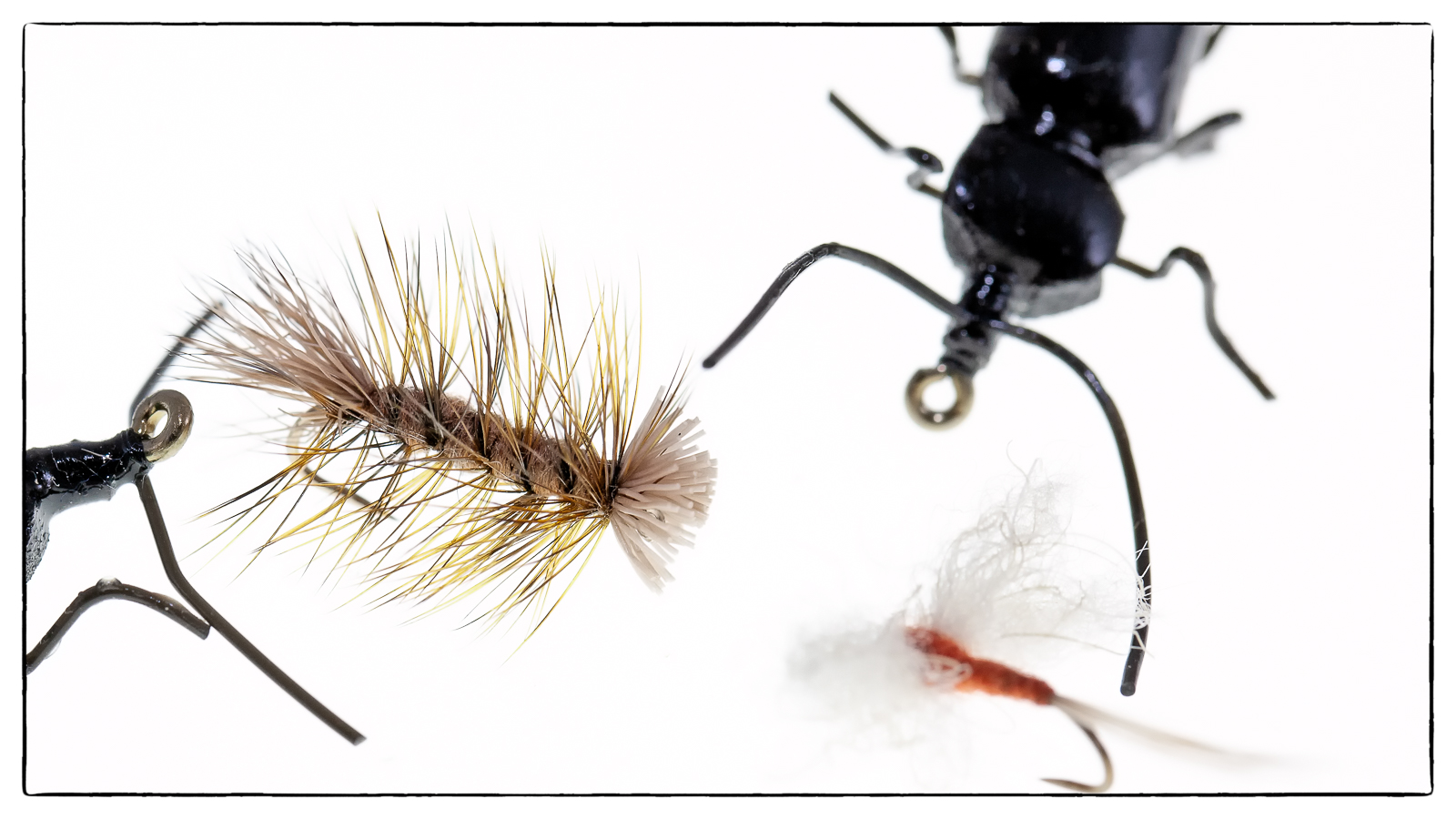 Revolutionary innovations are uncommon in the world of fly tying. A lot of the so called new patterns are usually only variations to the flies that have been tied before. But every now and then new patterns turn up. The Norwegian fly fisher Gunnar Bingen is the originator for such a pattern. The Animal (Dyret) is probably the most important innovation in modern Norwegian fly tying. The characteristic deer hair fly, that probably has stolen a trick or two from the Devil Bug, has a particular profile and is doing well in most situations.

“The Animal is an important pattern in my fly box, and my third go-to fly in summer. I use it both early in the day and in the afternoons. The profile of the fly can imitate several different bugs, but I guess it’s foremost going to represent hatching caddis flies”, Jon explains.

THE PRESENTATION IS KING 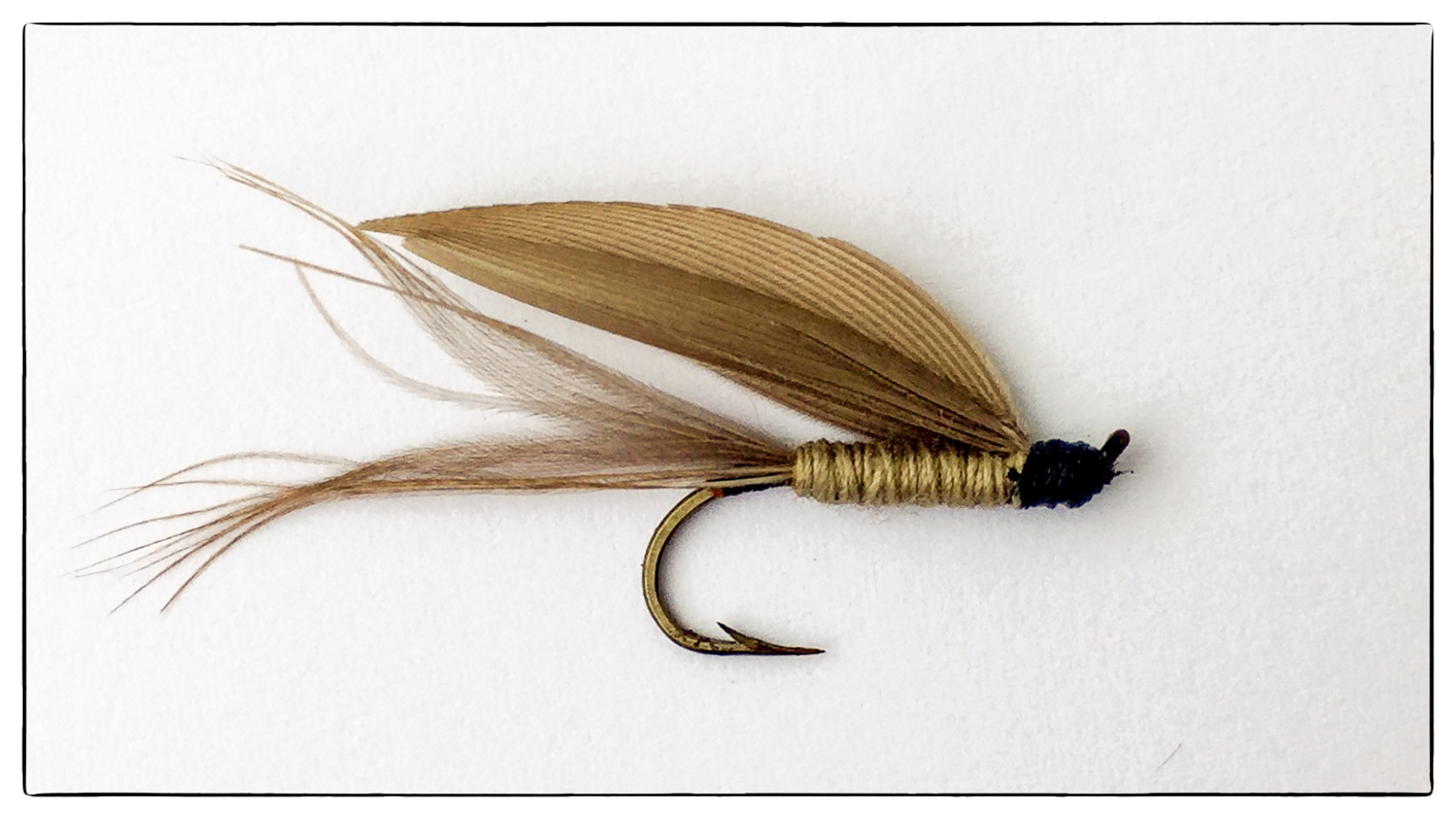 What makes an excellent fishing fly? There are as many views on that as there are fly fishers. Some point to the size, others to color, some to the wing profile and others again thinks the profile or the footprint does it all.

“The fish has a limited vision and view to the insect sailing through the window and standing on the surface of the film. Pictures taken from under water shows the fish only see something that looks like a crystal prism. Because of that, I believe that details are not important in fly tying”, Jon says.

“I guess that the presentation is a decisive factor. The fly is important, but only to a certain extent. If you manage a cast and a perfect presentation that floats the dry freely into the trout’s window I guess that’s what’s going to be the make or break success factor. I always use relevant insects on my tippet, but never put all my faith into the fly. Presentation is king”, the fly tier ends.