An alternative wingless and Easy Catskill to perfect to tie if you’re in a hurry and need a high riding bug to put on the water. I fish this when the bugs stand high on the surface, typical for several BWO hatches.

The first generation is grey/olive and often light in the tones. The second generation, being considerably smaller, is darker olive.

The Baetis loves bad weather. Often they are hatching in enormous numbers just after a shift in the weather, and most often after a rainfall. Typically the first generation hatch in the afternoon – any time after 1 p.m or often as late at 3 p.m.

This version – the simplified catskill – is not my go-to fly. But when they sit high on the water and need time to dry their wings, I love using this one – either this simplified version or the one with wings. But, the wings are generally not needed for this fly.

Be careful to tie in the hackle first, and make sure you’ll get them straight. For riffle streams, consider using two feathers. Also note that you’ll need to spread the tail hackle barbs to ensure a stable floating fly. When tying in the quill, use super glue on the shank to fix it. Apply Bug Bond on the abdomen to get that shiny wet look

Long leader and tippet to ensure a drag free drift. Use a floatant – I prefer Tiemco’s Dry Dip Super 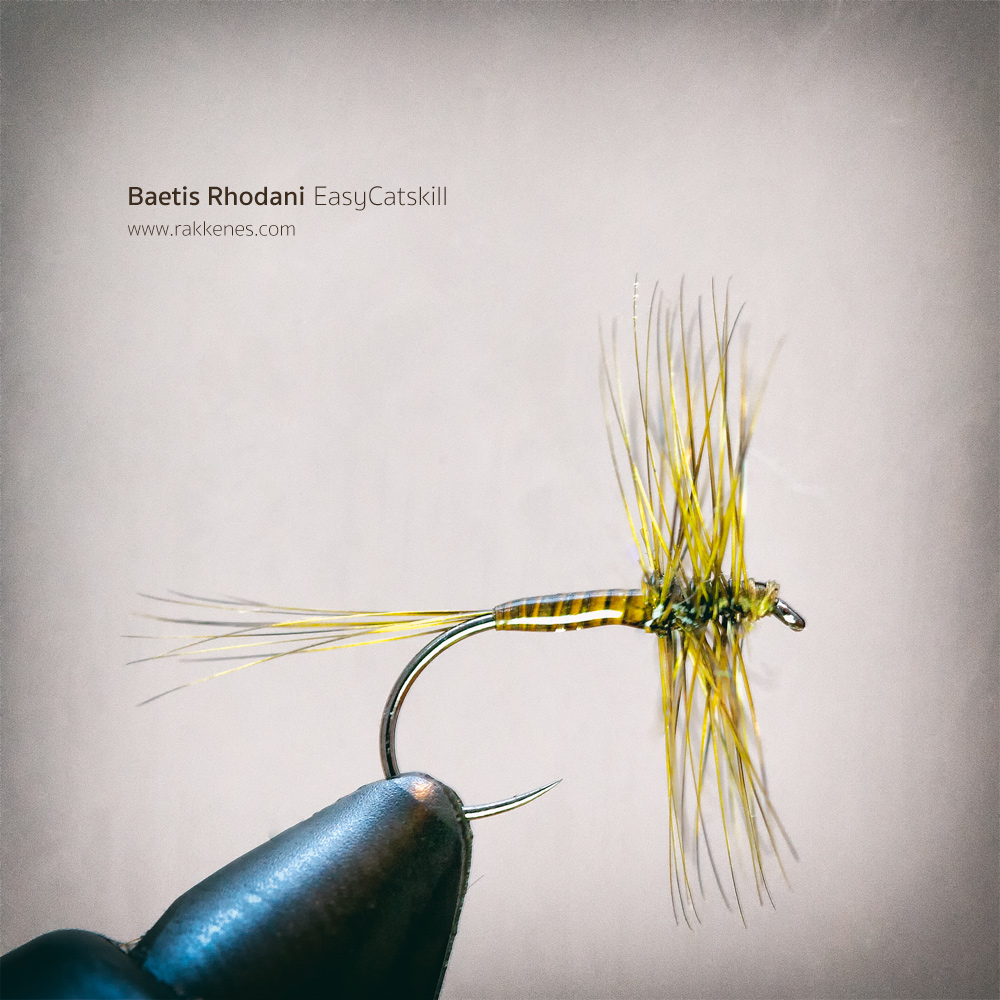 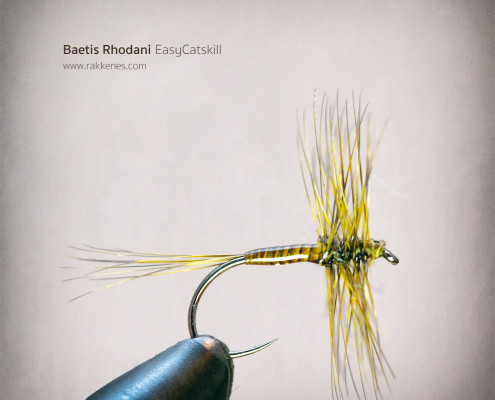