This emerger is a variant of the CdZ-Lon BWO Emerger found here. It uses a standard curved emerger hook, and thus gives the fly a slightly different profile in the water. On this pattern, I have tied in underfur from badger to suggest legs.

This emerger is a variant of the CdZ-Lon BWO Emerger found here.

Compared to the CdZ-Lon Emerger this is tied more like the traditional modern dry emerger pattern, allowing the imitation to hang slightly under the film. Otherwise it is based on the same priciples as the flymf.

The shuck and the abdomen is tied in one operation. Mixing a few strands of Golden Olive and Brown Z-Lon I first tie in the shuck and then proceed with the Z-Lon towards the eye to create a nicely segmented body. This fly really stands out from the crowd in the river – the sparkle of Z-Lon makes sure of that.

The CdC and Z-Lon emerger can easily be adapted to any BWOs.

The color of the Aurivilli varies from golden olive to yellowish olive. You really need to take a look at your local water before matching the color perfectly. But on a dun you will not go very wrong if you have two variants in your box: the Golden Olive (FlyRite #8) and a mix of FlyRite #15 and FlyRite #9 (60/40).

I usually tie the emerger golden olive and brown.

High and dry  – dead drift as most other dry duns. Apply floatant to wing and thorax only. 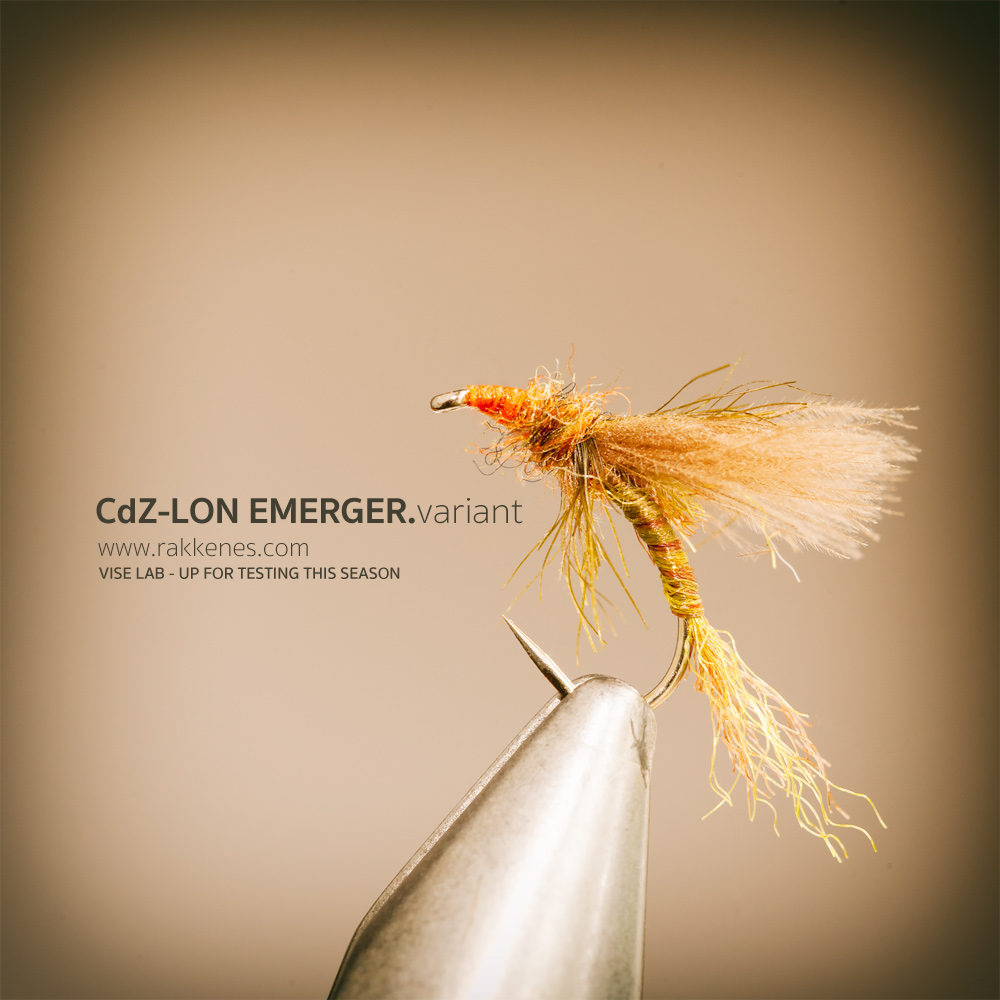 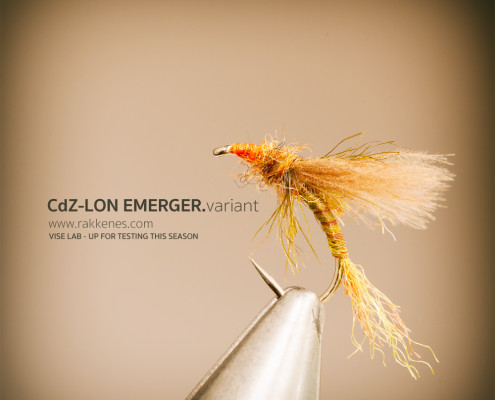